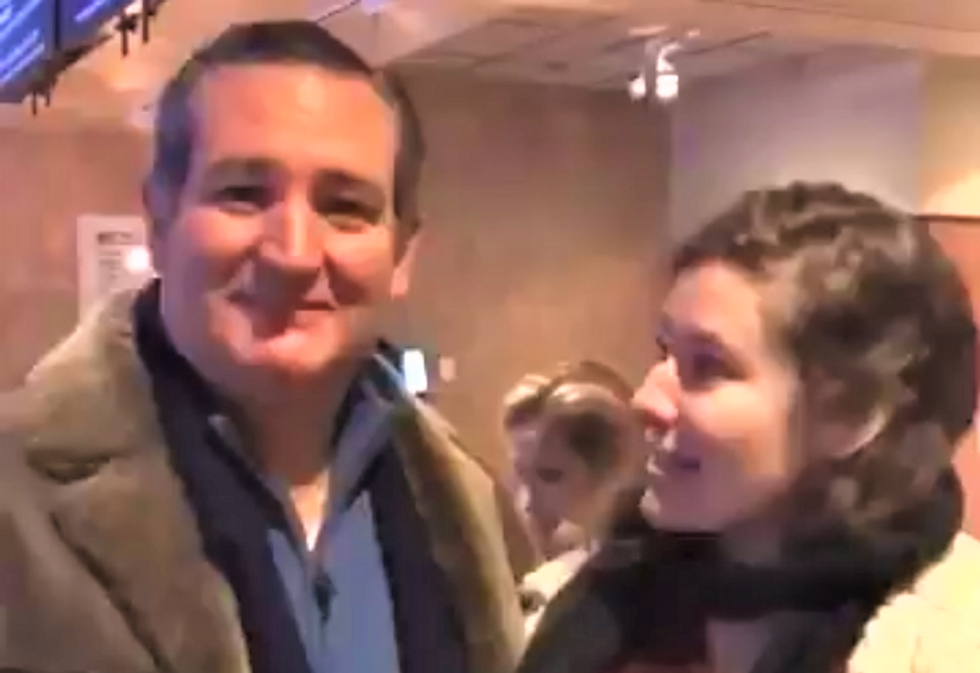 Marge McLaughlin, the chairwoman of the Washington DC chapter of the Democratic Socialists for America, trolls Sen. Ted Cruz (R-TX).

Marge McLaughlin, the chairwoman of the Washington DC chapter of the Democratic Socialists for America, ran into Sen. Ted Cruz (R-TX) on New Year's Day -- and wasted no time asking him for a photo op that she used to hilariously troll him.

In a video posted by McLaughlin on Twitter, McLaughlin approached Cruz and asked him for a quick photo while wishing him a happy New Year.

Cruz obliged and posed with McLaughlin for the camera -- and that's when McLaughlin told Cruz to smile and say, "Socialism's going to win."

"It's not going to," Cruz responded before McLaughlin herself looked at the camera and said, "Socialism's going to win."

In response to the video, one of McLaughlin's followers jokingly asked her if it was "really scary being that close to the Zodiac Killer," to which McLaughlin replied, "It was!!! I’m shakin in my boots!"