'Those words are sedition': Malcolm Nance says Fox's Lou Dobbs is a traitor for declaring 'war' on the FBI 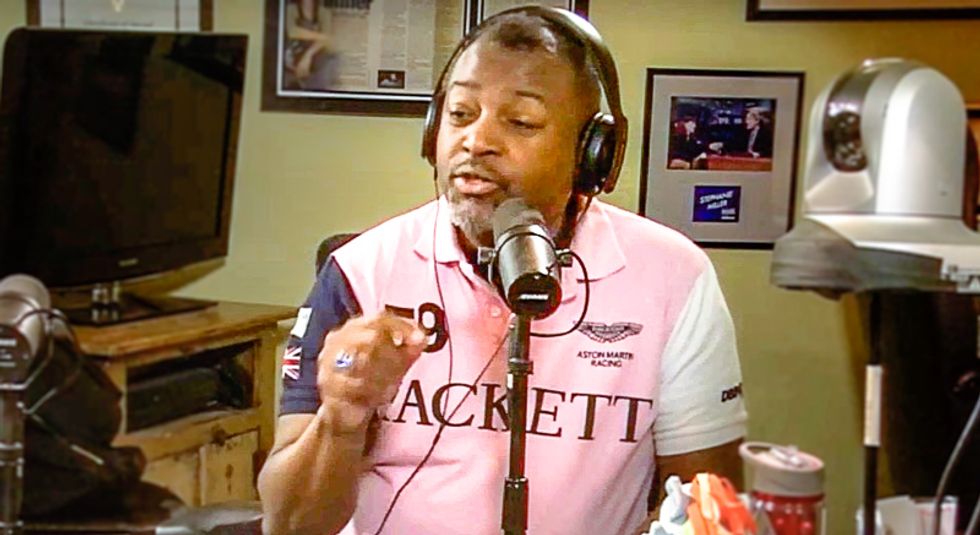 MSNBC analyst Malcolm Nance, a former Naval intelligence officer, suggested on Wednesday that Lou Dobbs was a traitor to the United States after the Fox Business host argued that conservatives should declare "war" on the FBI.

Radio host Stephanie Miller noted during her Wednesday broadcast that multiple Fox News personalities have attacked the FBI and the Justice Department because they do not agree with Special Counsel Robert Mueller's investigation into Russian interference in the 2016 U.S. election.

Miller pointed out that Fox Business host Lou Dobbs had called on conservatives to "declare war outright against the deep state."

"I saw that Lou Dobbs video last night," Nance said. "It pays for all of you to keep track of all of the information that's going on. That statement is dangerous. I've dedicated my entire life to defending this country. And what we have is, for someone to call for the U.S. Marshals or the Secret Service [to confront the FBI], they are literally trying to split law enforcement to consider the FBI as a subversive element within the government and trying to stoke rebellion."

"Those words are sedition," Nance said of Dobbs. "Look it up in the dictionary."

Watch the video below from The Stephanie Miller Show.