Billy Graham to lie in honor at Capitol: House speaker 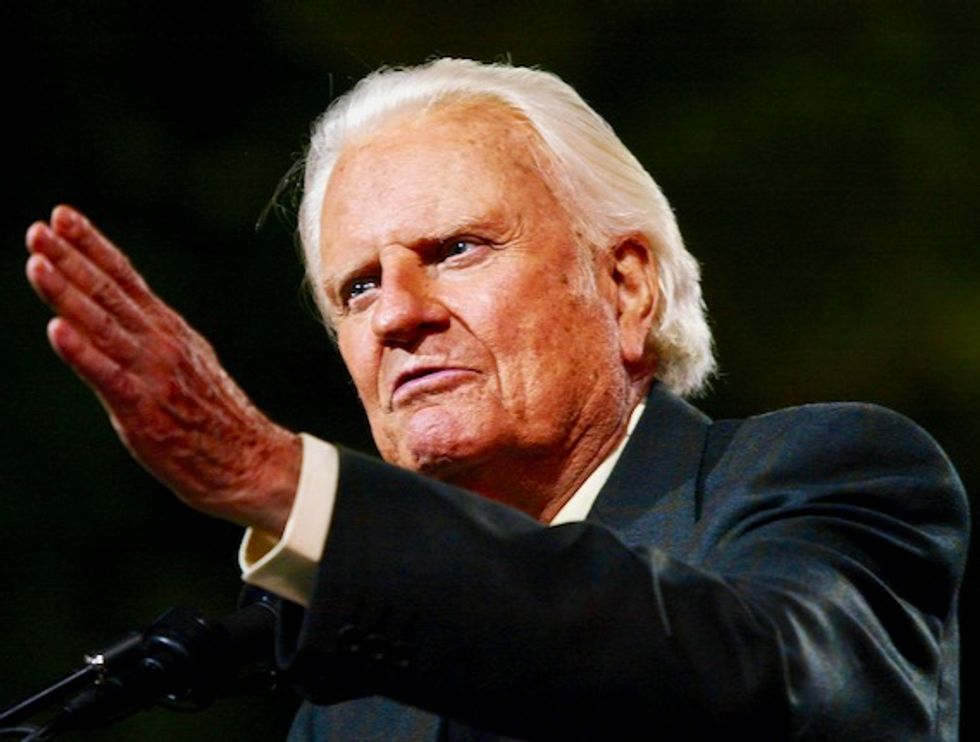 The body of evangelist Billy Graham will lie in honor under the U.S. Capitol rotunda next week as Congress pays tribute to a clergyman who counseled presidents and preached the Gospel to millions worldwide, House Speaker Paul Ryan said on Thursday.

Graham, who died at his home near Asheville, North Carolina, on Wednesday at age 99, will arrive at the white-domed Capitol on Feb. 28 and lie in honor there until the following day, Ryan said in a statement.

"Members of the public and Capitol Hill community are invited to pay their respects to the late reverend while he lies in rest," the speaker of the House of Representatives said.

A spokeswoman for the Billy Graham Evangelistic Association in Charlotte, North Carolina, said by phone that the family had approved a request from McConnell and Ryan for the public tribute.

Graham preached Christianity to more people than anyone else in history during his 70-year career, reaching hundreds of millions of people either in person or via TV and satellite links, his ministry said.

Graham became the de facto White House chaplain to several U.S. presidents, most famously Richard Nixon. He also met with scores of world leaders and was the first noted evangelist to take his message behind the so-called Iron Curtain, the term used for the communist bloc countries of East Europe and the Soviet Union in the decades after World War II.

The U.S. Capitol tribute will follow Graham's remains lying in repose at the family house, which is at the Billy Graham Library in Charlotte, his organization said.

His funeral is planned for March 2 at a venue that holds about 2,300 people in front of the library. He will be buried on library premises next to his wife, Ruth, who died in 2007.

Graham will be only the fourth person to lie in honor at the Rotunda since the tribute began in 1998 for two U.S. Capitol Police officers slain in the line of duty. Civil rights figure Rosa Parks was the last person to receive the honor following her death in 2005.

Lying in honor at the Capitol is granted for private citizens. It is distinct from lying in state, a tribute normally reserved for elected U.S. officials or military figures.