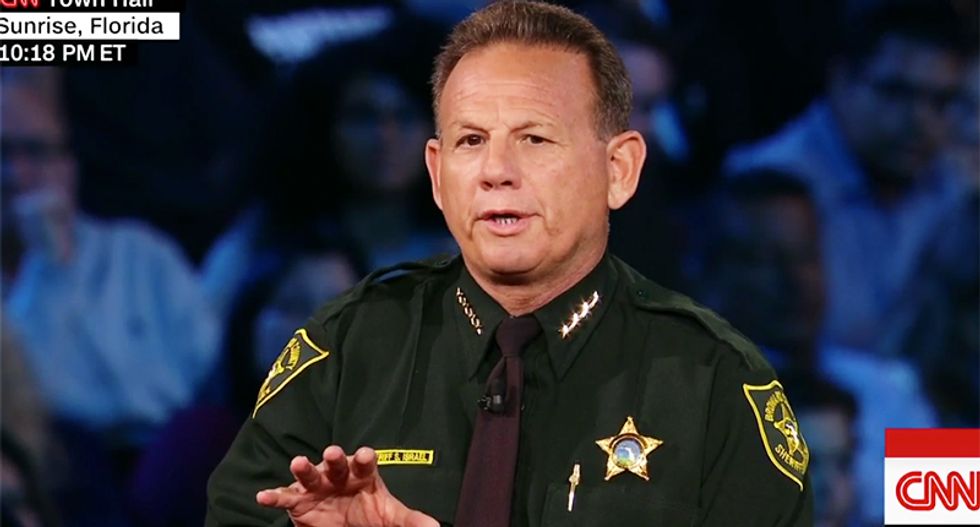 Two deputies are being suspended without pay by Broward County Sheriff Scott Israel, according to a statement Thursday afternoon.

According to the press conference, the school resource officer assigned to Marjory Stoneman Douglas High School the day of the shooting never went into the building when a "code red" was called. Israel said that when he watched the footage of the deputy staying outside while children were being killed inside "made me sick."

Deputy Scott Peterson then resigned after the suspension was announced.

Watch his announcement below:

.@BrowardSheriff Israel on the school resource deputy who stood outside and failed to engage the shooter: "Devastat… https://t.co/XE4A52lC5J
— Dan Linden (@Dan Linden)1519338748.0

The ACLU of Georgia and other activist groups are weighing in on a state Supreme Court case involving the 2018 arrest of U.S. Rep. Nikema Williams that could shape the rights of Georgians to protest under the state Capitol.

At issue is state code barring anyone from “recklessly or knowingly to commit any act which may reasonably be expected to prevent or disrupt" a session or meeting of the state Legislature.