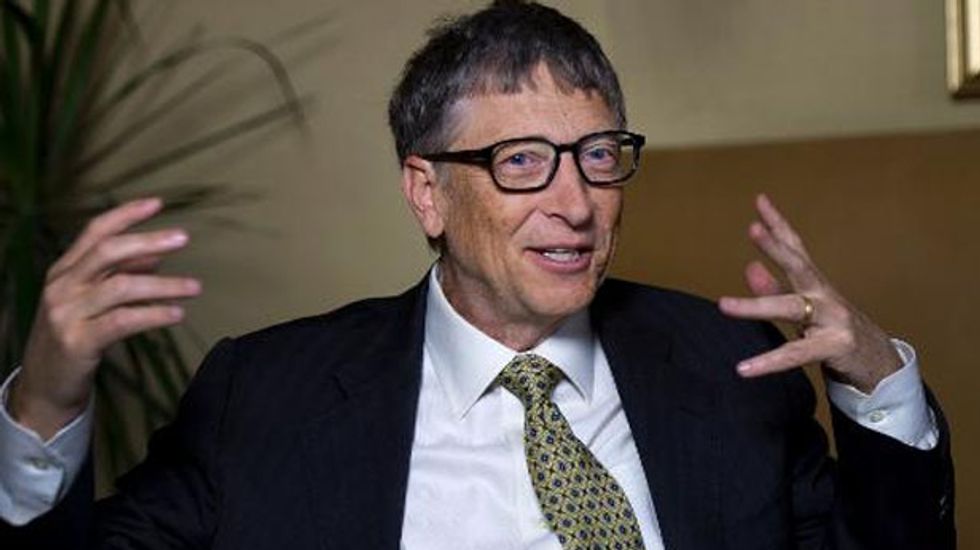 Bill Gates says he has paid more than $10 billion in taxes over a lifetime but billionaires like him should pay "significantly" more because they benefit more from the system.

The Microsoft co-founder, the world's second richest man after Amazon's Jeff Bezos, was critical of a recent US tax overhaul that slashed corporate taxes and lowered the top bracket for individual income.

"I've paid more taxes, over $10 billion, than anyone else, but the government should require the people in my position to pay significantly higher taxes," he said in an interview Sunday with CNN.

He said the tax overhaul passed in December favors the rich despite Republican claims it will help the middle and working classes.

"People who are wealthier tended to get dramatically more benefits than the middle class or those who are poor, and so it runs counter to the general trend you'd like to see, where the safety net is getting stronger and those at the top are paying higher taxes," he said.

With a sixth of the US population living in what he called "disappointing" conditions, he said US policymakers need to think about rising inequality and ask, "Why aren't we doing a better job for those people?"