Mike Huckabee: Billy Graham's death is 'fake news' because he's 'more alive than ever' in Heaven 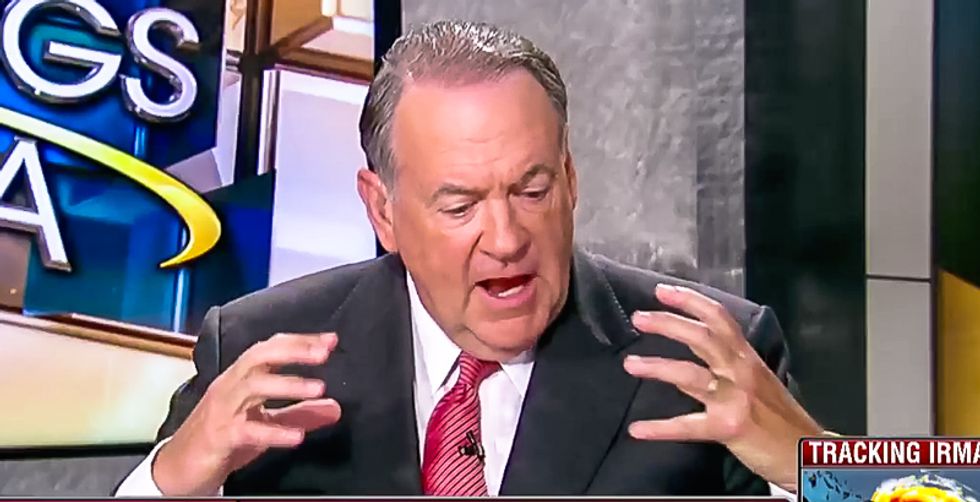 Former Arkansas Gov. Mike Huckabee (R), an ordained Baptist preacher, insisted on Wednesday that the death of televangelist Billy Graham was "fake news" because the holy man will live on forever in Heaven.

"When I heard this morning that Bill Graham had died, I said that's fake news," Huckabee said during a Fox News interview. "Billy Graham's not dead. He's more alive right now than he's ever been. And that's what he preached, that there is life beyond this because of Jesus Christ."

"If somehow Bill Graham did not inherit eternal life, if he's not alive right now in a life that will never end then everything he stood for, everything he said is null and void," Huckabee added. "I don't believe that's so."