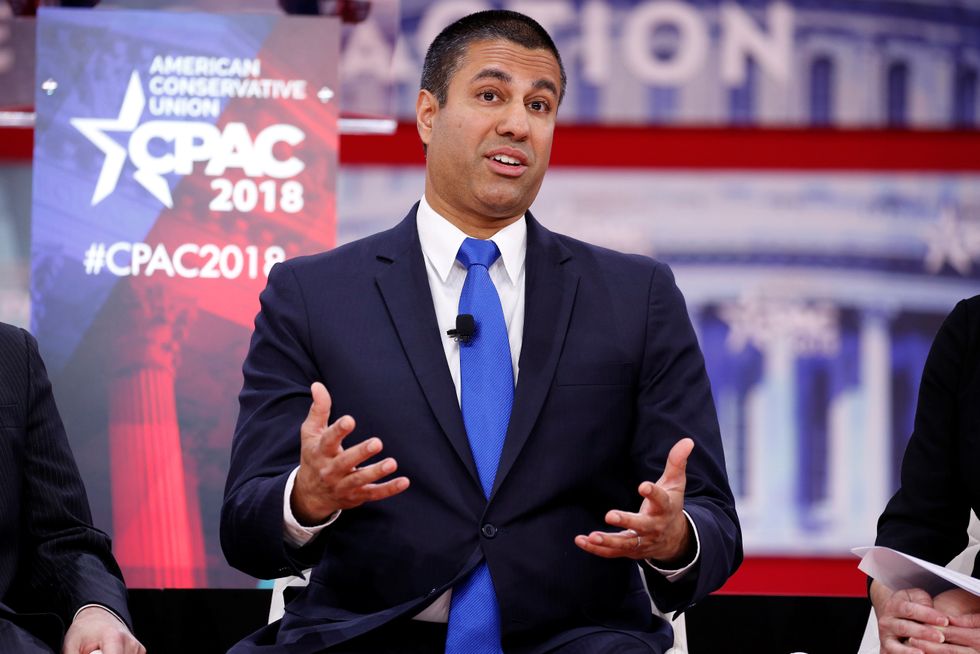 The National Rifle Association (NRA) on Friday honored the head of the Federal Communications Commission with a rifle after braving death threats and other opposition as he worked to undo the Obama administration's 2015 net neutrality rules.

FCC Chairman Ajit Pai was honored at the Conservative Political Action Conference (CPAC) in Oxon Hills, Maryland, by the NRA with the "Charlton Heston Courage Under Fire Award," an honor named for the late actor who was an NRA president.

The award is a Kentucky long rifle that will stay at the NRA's museum in Fairfax, Virginia. The NRA was not allowed to bring the weapon on stage, said Carolyn Meadows, an NRA official.

A Reuters reporter at the event said there were no visible prohibitions against weapons at the event but metal detectors were present before President Donald Trump’s address earlier on Friday.

"Some people urged me to go for sacrifice bunts and singles and try to nibble around the edges — make some minor changes," Pai said. "But I don't play small ball."

The repeal of the net neutrality rules was a victory for internet service providers like AT&T Inc , Comcast Corp and Verizon Communications Inc , conferring power over what content consumers can access and allowing them to offer paid fast lanes for certain content.

On the other side, technology companies including Alphabet Inc and Facebook Inc have thrown their weight behind the congressional bid to reverse the net neutrality repeal.

Fight for the Future, a group that backs net neutrality, said in a tweet the NRA gave Pai an award that will "allow Internet service providers (ISPs) to censor websites and information about guns."

Several corporations have cut ties with the NRA after the group launched a counter-offensive against a student-led campaign for tighter U.S. gun ownership laws after a gunman killed 17 people at a Florida high-school.