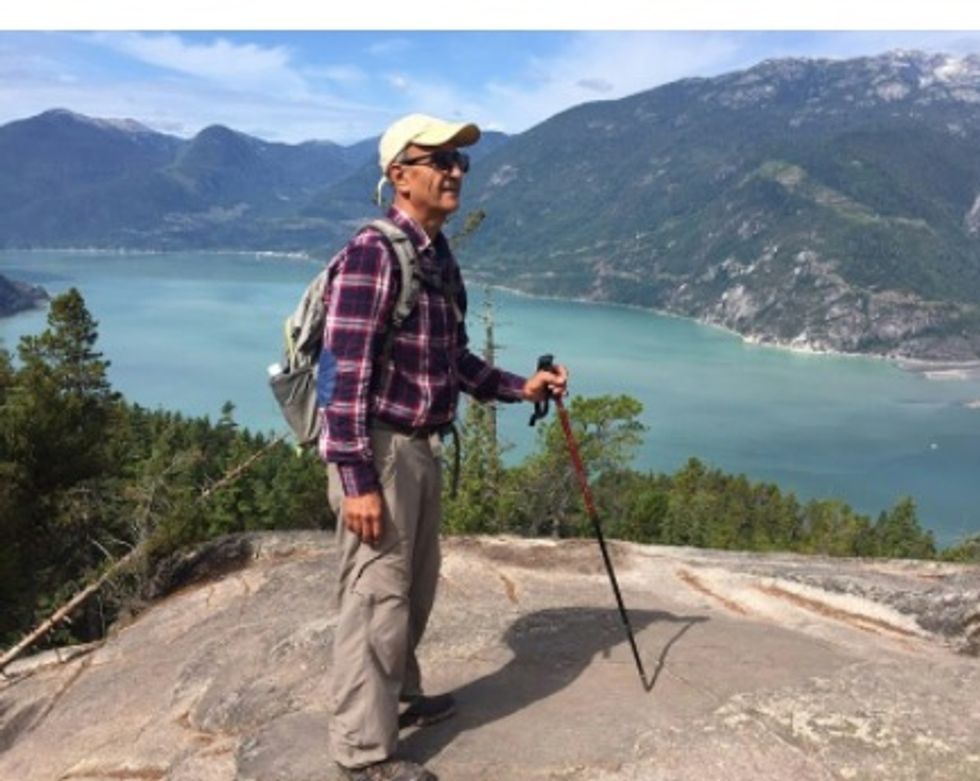 The son of an Iranian-Canadian environmentalist who died in prison said late Wednesday that his family had been threatened by authorities and that a video of his alleged suicide was "inconclusive".

Iranian authorities have accused Kavous Seyed Emami, 63, a renowned professor and founder of the Persian Wildlife Heritage Foundation, of being part of an espionage network set up by Mossad and the CIA.

They say he committed suicide in his prison cell last week.

President Hassan Rouhani said on Wednesday that he had set up a committee of ministers to look into the "disagreeable events occurring in certain detention facilities", the semi-official ISNA news agency reported.

Emami's son Ramin, a well-known singer, says his mother was told of her husband's death after being "interrogated and threatened" for three hours last Friday.

A district court "summoned my mother purportedly to 'meet with her husband'," he wrote on his personal website.

"Instead, they interrogated and threatened her for three hours before announcing the death of her husband and having her sign a paper not to speak to the media," he said.

"Similar threats of harming my dad had previously been issued from authorities and forced us to keep silent during the time he was in custody."

Ramin Emami said he had seen the video from his father's cell, which authorities claim is proof that he committed suicide.

"I will not speak of the pain of seeing this video, but I will say that nothing in it is conclusive. The actual death is not recorded," he said.

"All I could see is that my dad is nervous and restless. He is not himself. He paces the cell to and fro," adding that his father was clearly "not in a sound psychological condition".

His father is seen entering another room, which authorities have said is a bathroom.

"Seven hours later a body is carried out of that room. The lawyers' request to see the cell was refused. We filed a complaint right there."

The family were told that a post-mortem was carried out prior to Emami's burial on Tuesday and that the report would take at least four to six weeks.

Ramin Emami insisted he was the only member of the family to watch the video from the cell, rejecting claims by an Iranian judiciary official that his uncle had watched the video, accepted the judgement of suicide and called off the post-mortem.

Emami was arrested along with seven other members of his wildlife NGO in January.

"When he was shown the documents and results of the investigation, he asked for time to respond to the investigators," Dolatabadi told the judiciary-linked Mizanonline news agency.

"He decided to commit suicide. This was not due to a lack of surveillance."

Dolatabadi said earlier that Emami and his wildlife NGO were a front to collect "information from the country's sensitive and vital centres, including missile bases" on behalf of the CIA and Israel's Mossad.

"Members of this network installed cameras in strategic areas under cover of monitoring the environment, while in fact monitoring the country's missile activities," Dolatabadi said on Tuesday.

One of the NGO's key projects was monitoring the endangered Asian cheetah, which meant they operated across large swathes of Semnan province, home to military sites and missile-testing grounds.

Dolatabadi said the main financial backer was an Iranian-British-American citizen with the initials "MT" -- probably a reference to Morad Tahbaz, a wealthy businessman and board member of the wildlife NGO who was among those arrested last month.

Iran does not recognise multiple nationality and treats all joint citizens as Iranians.