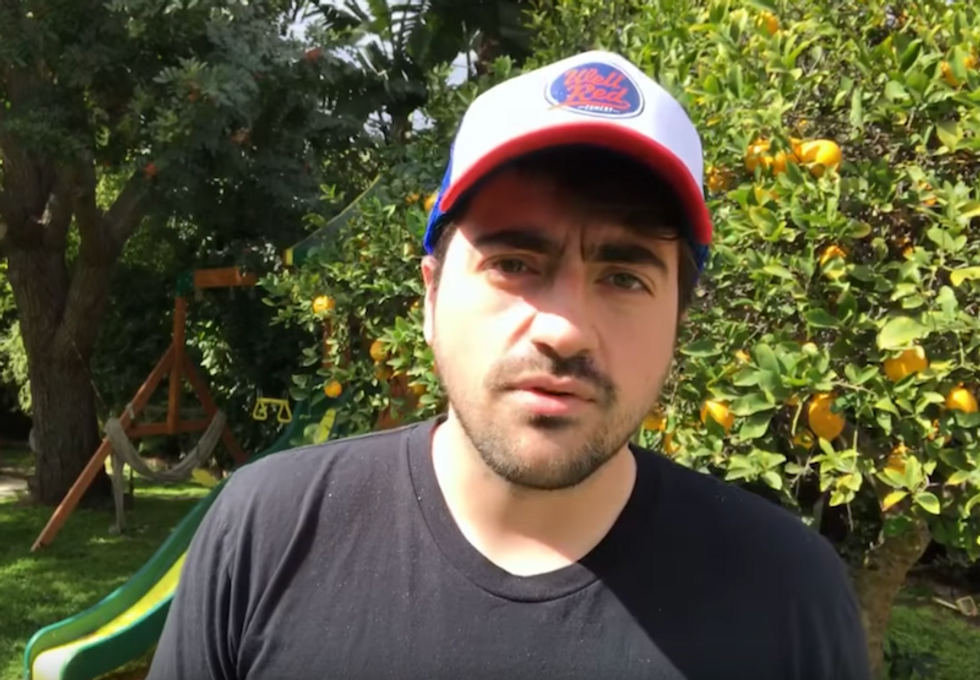 That's the question in a new video from liberal redneck Trae Crowder, the comedian and vlogger, who has again taken on gun control laws. He's sick of talking about it.

"Time really does fly when you're living in a fucking hellscape," he says.

In the video, Crowder takes on Trump's claims that he would have rushed in protect students in Parkland, even if he was unarmed.

"He has a track record here. We know that. He dodged the draft. We know that. There were people with guns. He got called to action and instead of rushing in he decided to focus his time on slapping gaudy buildings with his name," Crowder says.

He also takes on the Georgia Lt. Gov. Casey Cagle threatening Delta Air Lines, the private employer in the state, vowing to "take punitive legislative action if they did not they kindly re-insert the NRA's penis into their mouth."

"How are we even supposed to have a conversation, man? These dudes will look at kids who lived through something like that and just want them to shut up?"

Despite all that, Crowder is hopeful.

"This one feels a little bit different, right?" he says. "Keep posting, keep hollering, keep , keep protesting, keep fucking voting and we can win this thing."