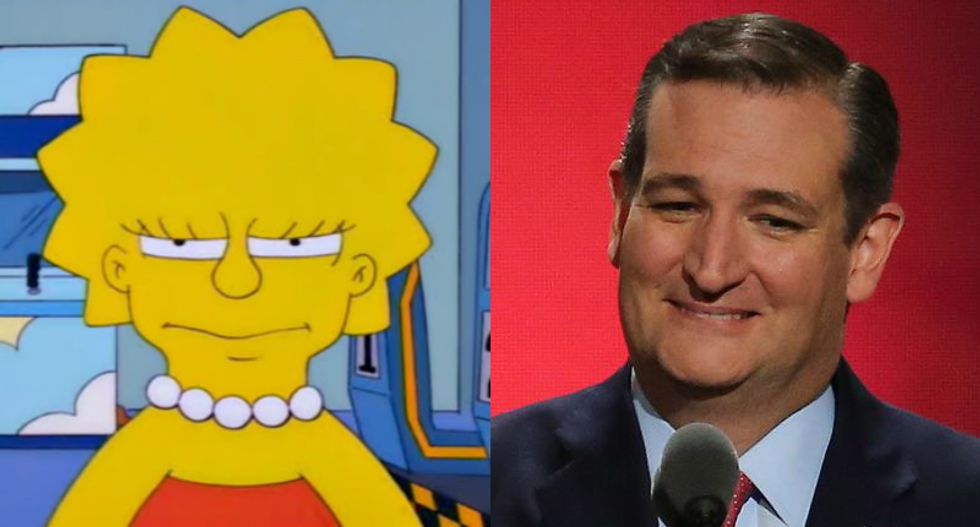 During his speech at the 2018 Conservative Political Action Conference, Sen. Ted Cruz (R-TX) made a bizarre quip about "The Simpsons" — and Twitter is not having it.

"The Democrats are the party of Lisa Simpson," the Texas Republican said, referencing the show's main young female character. "And Republicans are happily the party of Homer and Bart and Maggie and Marge."

Ted Cruz: “The Democrats are the party of Lisa Simpson. And Republicans are happily the party of Homer and Bart and… https://t.co/J8EkzF3TtA
— Sahil Kapur (@Sahil Kapur) 1519327321.0

"Ted Cruz says Maggie Simpson would vote for him," Simpsons' showrunner Al Jean tweeted. "I think Ted's the only one who could use a pacifier in his mouth."

When asked by Raw Story if Homer, Bart, Maggie and Marge would have voted Republican, Jean responded that they would not because "they are imaginary people who can't vote."

Check out the best responses below: