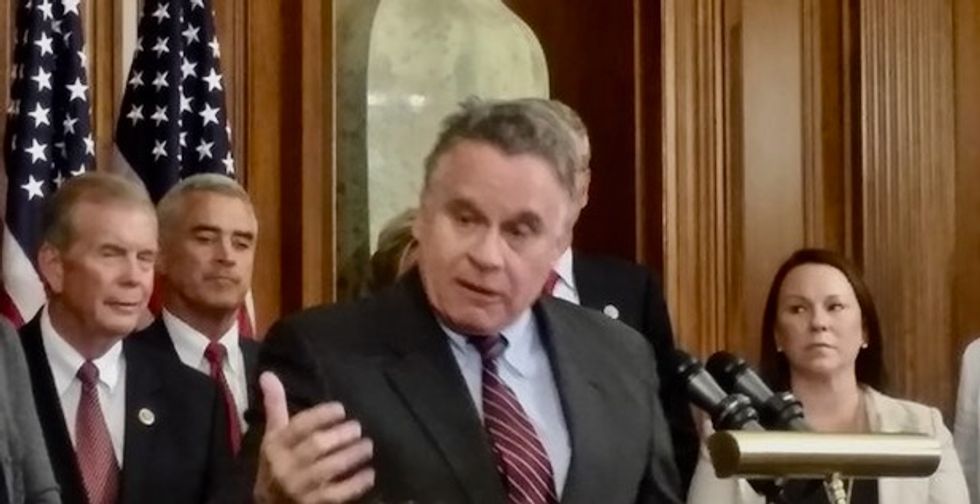 WASHINGTON -- Rep. Chris Smith, who hasn't received less than 60 percent of the vote in his last 17 elections, has just been added to the House Democrats' list of 2018 targets. Thursday's announcement by the Democratic Congressional Campaign Committee means that the party is now focusing on every Republican-held seat in New Jersey.