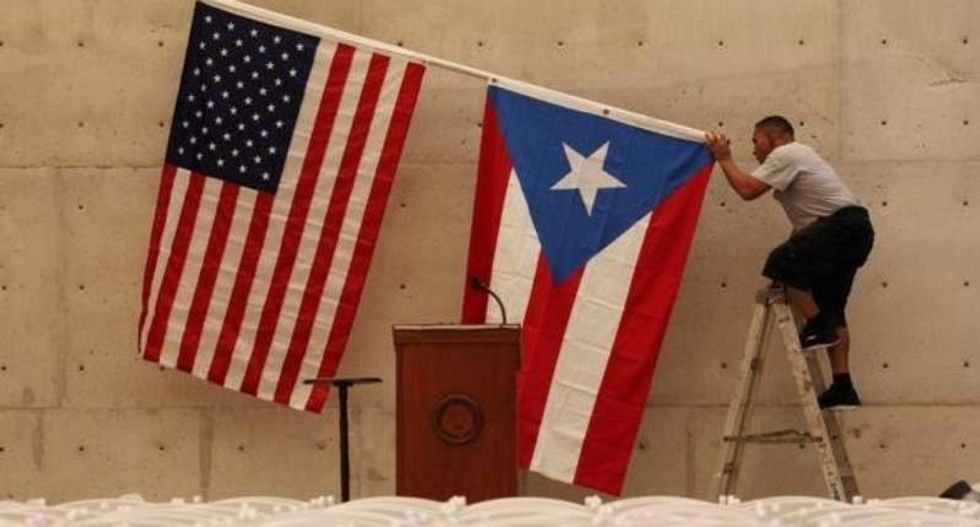 An Atlanta-based company that failed to deliver millions of emergency meals to Puerto Ricans struggling to recover from Hurricane Maria may have plagiarized its winning bid to secure a $156 million food supply contract, U.S. lawmakers said on Friday

Democrats on the U.S. Senate Committee on Homeland Security and Governmental Affairs said in a statement that the nine-page proposal made by Tribute Contracting appeared largely to have been “plagiarized from several sources readily available on the internet.”

The allegation marked the latest twist in the U.S. Federal Emergency Management Agency’s contract with Tribute, which the agency known as FEMA eventually canceled.

Democrats on the U.S. House Oversight Committee earlier this month revealed Tribute had signed up to deliver 30 million meals in Puerto Rico, but provided just 50,000 before FEMA scrapped the deal.

The issue has become a referendum of sorts on the federal government's response in Puerto Rico, where thousands remain without power five months after the island's worst natural disaster in 90 years. The U.S. territory is also struggling through the largest government bankruptcy in U.S. history, with some $120 billion of combined bond and pension debt.

The Democratic senators, including Missouri’s Claire McCaskill and Michigan’s Gary Peters, said Tribute had lifted lines of its proposal directly from the websites of other companies.

As an example, they said it had repeated verbatim a claim made by a company known as Linq Transport & Logistics that it could provide “an executable plan we’re ready to implement as soon as you say ‘Go.’”

They also said Tribute falsely claimed to have a partnership with logistics company C.H. Robinson. A spokeswoman for that company had no immediate comment.

Tribute, a one-person company run by Atlanta entrepreneur Tiffany Brown, had a history of problems handling smaller government contracts worth less than $100,000 and had been barred, before winning the Puerto Rico contract, from at least some government work until 2019.

In a statement, Brown said she worked with C.H. Robinson on a 2013 Bureau of Prisons food contract. She added that she felt scapegoated for flaws in FEMA's contracting processes, and has received racist threats since the situation became public.

"I would ask the Democratic Senators to stop using my company, and me personally, as a way to address concerns with FEMA," Brown said, adding that she "never expected this level of intense scrutiny."

The senators said FEMA should have better vetted Tribute, and were “concerned that FEMA is not taking appropriate steps to evaluate vendors’ qualifications.”

FEMA spokesman William Booher on Friday said in a statement that Tribute was vetted through the so-called System for Award Management and the Federal Awardee Performance and Integrity Information System. Booher also said Tribute’s exclusion from government contracting was limited to the Government Publishing Office, which FEMA was not allowed to consider.