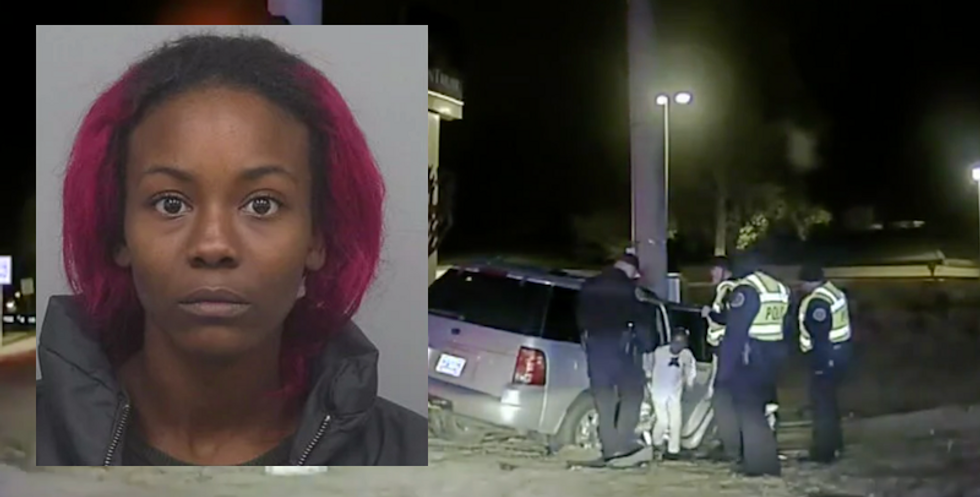 Atlanta mom Bakari Warren wanted to prove to her children, ages 5 and 7, that God was real.

And so she crashed her Ford SUV to prove that God would keep them safe, reportedly closing her eyes and letting the car cross over a busy intersection, crashing into a utility pole.

"The children told the officer that their mom wanted to prove to them that God was real and God would protect them," a Norcross police officer told a local TV news station.

Warren told her children to buckle their seat belts before the crash.

“Her eyes was closed and she was saying, blah, blah, blah, ‘I love God,’” one daughter said to the police. “She didn’t want us to just have a car accident. She wanted us to know that God is real."

The episode echoes the plot of Carrie Underwood's popular country song "Jesus, Take The Wheel"—except that Jesus did not take the wheel in this instance.

The children were unharmed and Warren was released from jail on bond.