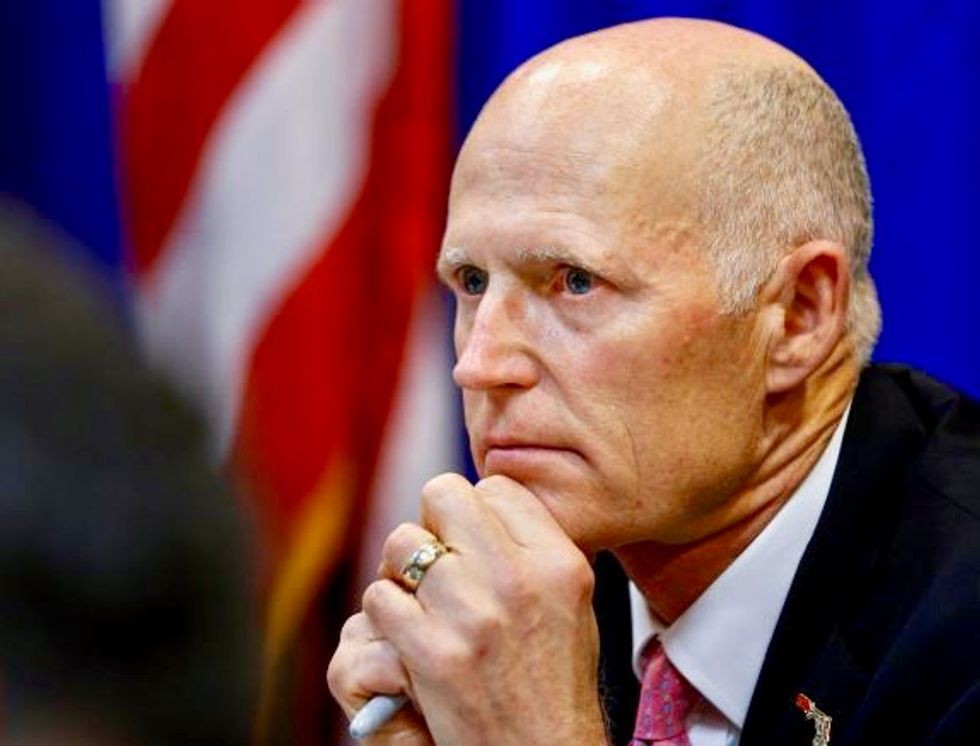 Eight state troopers will be sent to help guard the Florida school where a gunman killed 17 people, the state’s governor said on Wednesday after a rash of security incidents this week including the arrest of two students for carrying knives.

Governor Rick Scott said he had directed Florida Highway Patrol troopers to report for duty on Thursday to help secure entry points at Marjory Stoneman Douglas High School in Parkland, scene of the massacre on Feb. 14.

“We will stop at nothing to protect our schools and our students,” Scott wrote on Twitter.

Two students were arrested this week for bringing knives to the school in separate incidents, the Broward County Sheriff’s Office said on Tuesday.

On Tuesday, a female student pulled a 2-inch knife from her bra after an altercation with another student during lunch. On Monday, a male student displayed a knife on a school bus, according to the Sun-Sentinel newspaper, which cited police officials.

The sheriff’s office also said it had suspended with pay a deputy found asleep in a patrol car shortly after Zachary Cruz, brother of school shooting suspect Nikolas Cruz, was arrested and charged with trespassing on Monday for visiting the campus three times since the shooting attack.

The 18-year-old told deputies he visited the high school to “reflect on the school shooting and to soak it in.” On Tuesday, a Florida judge ordered Zachary Cruz be held on a $500,000 bail.

In yet another incident, a 10th grade student at the school was arrested on Tuesday on a misdemeanor charge and was being evaluated after posting threatening images on social media. The unnamed student posted a photo of a gun in his waistband and another image of bullets on Snapchat, officials said.

In a letter to local officials on Tuesday offering security assistance, Scott said parents of students at Stoneman Douglas told him they remained concerned about student safety.

“They must be assured that every necessary step is being taken to increase safety and ensure no unauthorized people are allowed on campus,” Scott said in the letter, adding the state troopers could provide assistance until a more permanent safety plan was in place.