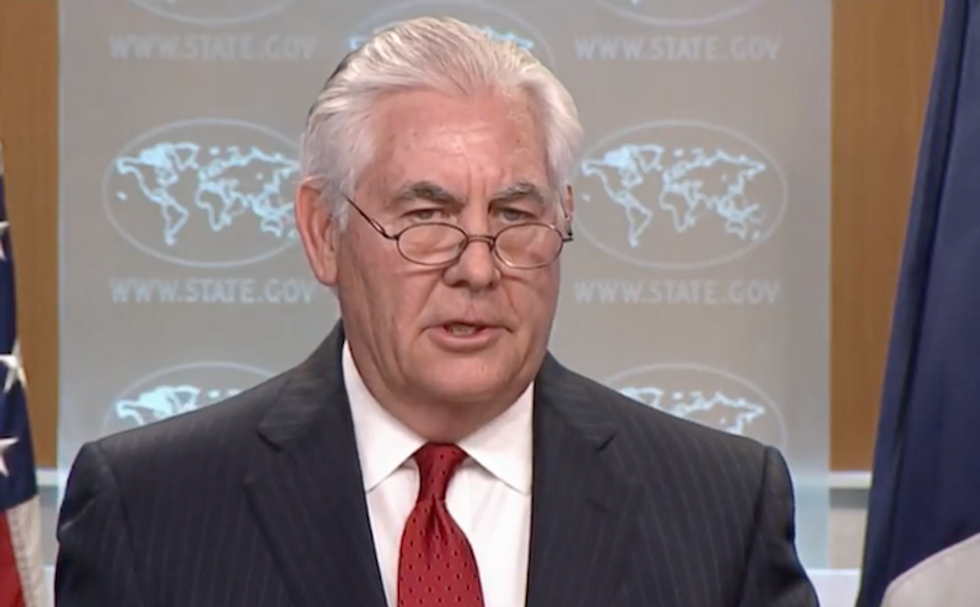 Rex Tillerson, who was reportedly fired by tweet this morning, gave a farewell speech in which he called out Russia.

The speech, in which Tillerson seemed to be fighting back intense emotion, included pointed remarks about Russia, which just yesterday he criticized for its alleged attack on a former spy in England.

"Much work remains to respond to the troubling behavior and actions of the Russian government," he said. "Russia must assess carefully about how its actions are in the best interests of its people and the world more broadly. Continuing on this path will result in greater isolation on their part, which is not in anyone's interest."

TILLERSON CALLS OUT RUSSIA: "Much work remains to respond to the troubling behavior and actions on the part of the Russian government. Russia must assess carefully as to how their actions are in the best interests of the Russian people and the world more broadly." pic.twitter.com/gFTzgEmlNX