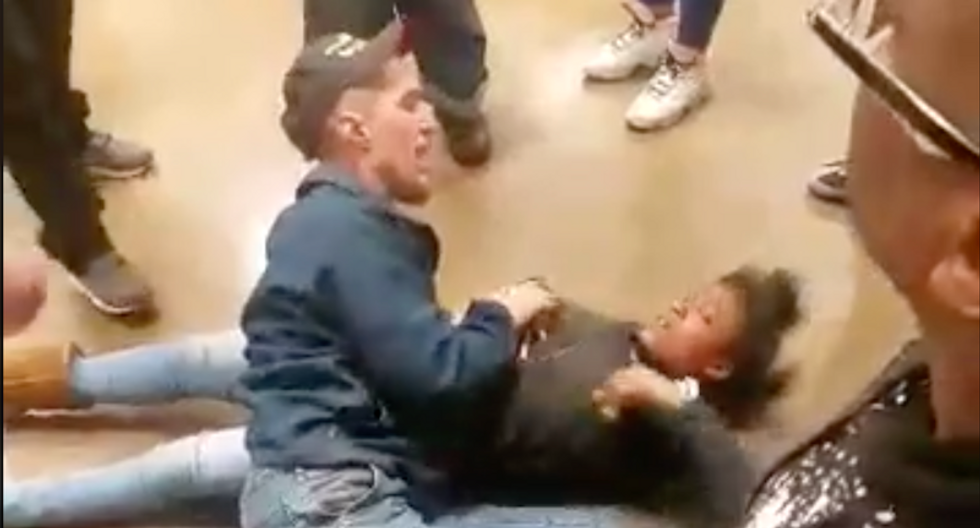 A violent confrontation between a white security guard and a black teen girl over an alleged theft nearly sparked a brawl inside a Toledo Kroger supermarket.

The Toledo Blade identified the guard in the video as Tom Clingo, 32. He's seen brutalizing a 16-year-old black girl who he suspected of stealing "miscellaneous items."

At times she attempts to fight back, which has earned her robbery charges.

The physical confrontation lasts more than five minutes, during which the security guard strikes the girl, chokes her, slams her to the floor and holds her down while waiting for police to show up.

A manager for the Kroger store declined to comment about whether any disciplinary action had been taken against Clingo and referred the matter to the Toledo police. The Toledo police department's public information officer was not immediately available for comment.

The Toledo PD referred people back to Kroger when contacted by the Blade.

“It’s important to note that this was not a Toledo police officer and is in no way affiliated with the department,” said the department's public information officer. “If people were upset with the manner in which he acted, they should contact Kroger.”

Throughout the incident, a crowd of about a dozen people observe, all wondering why the guard is being so rough with the teen. 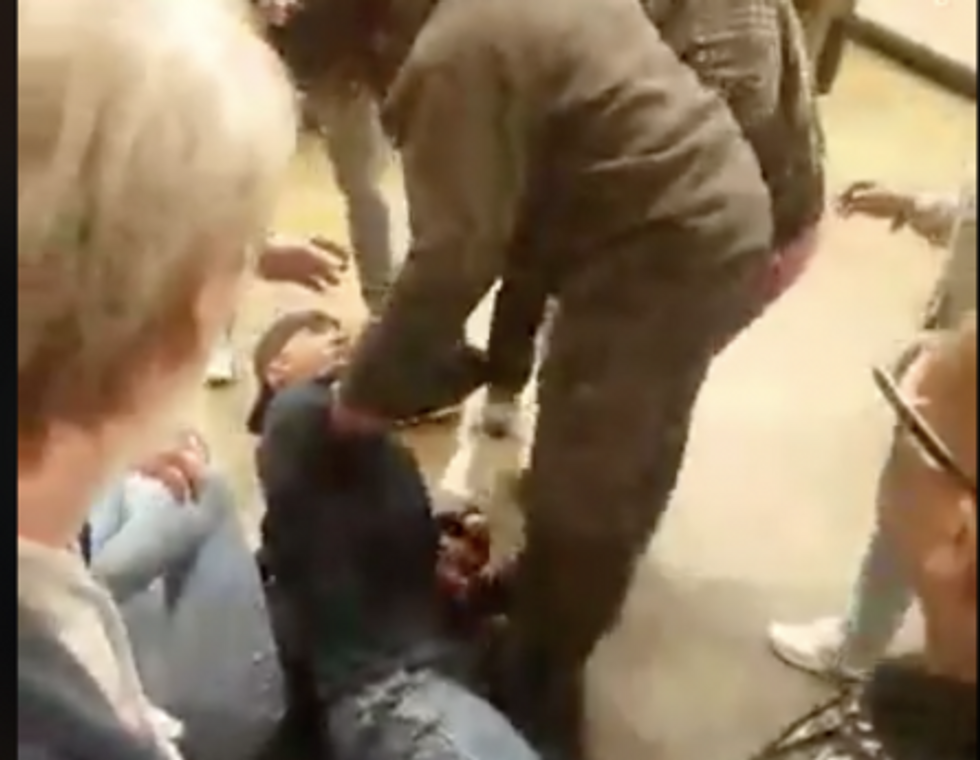 Tom Clingo, a secutiy giuard, and a man he later accuses of "swinging on him" by trying to get him to let go of the teen girl he had in a chokehold/Screenshot[/caption]

"He thinks that's his job? To handle a little girl like that? Are you crazy," says one man observing.

"Tell him to get off of her!" yells a third.

The men surrounding the skirmish debate the merits of pulling the security guard off the girl, but an observer tells them not to because he is a "plain clothes off-duty police officer and it ain't worth the charges."

"We can oversee it but just don't touch him," the man says, as the girl is pinned to the ground.

The observer was mistaken—Clingo is only a mall cop. 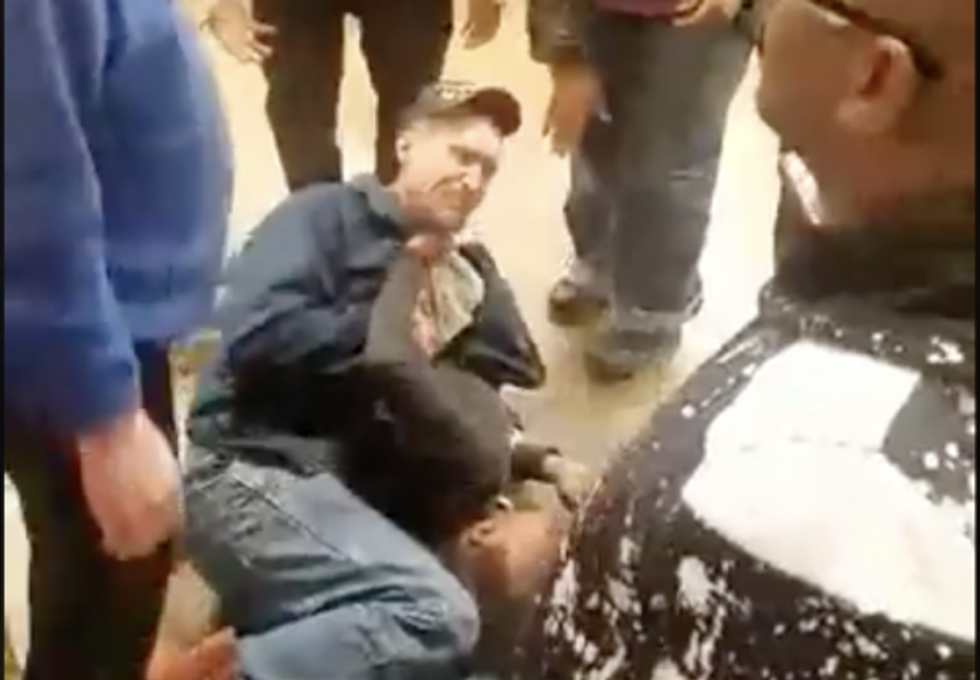 The Toledo police department told the Blade it has no affiliation with Clingo. A man named Thomas Clingo with the same birth year was convicted of driving under the influence in the Toledo suburb of Oregon, Ohio.

A screenshot of court records from a DUI conviction for a man named Thomas Clingo in Oregon, Ohio. Screenshot[/caption]

When the real police come they help the girl to her feet as she stands with unsteady legs.

The guard who brutalized her then turns on one of the man who observed and told the other observers to pull the cop off of her, saying "get this guy too."

You can watch the video below—Facebook had put a restriction on video because of violence, so if it doesn't load, go here.