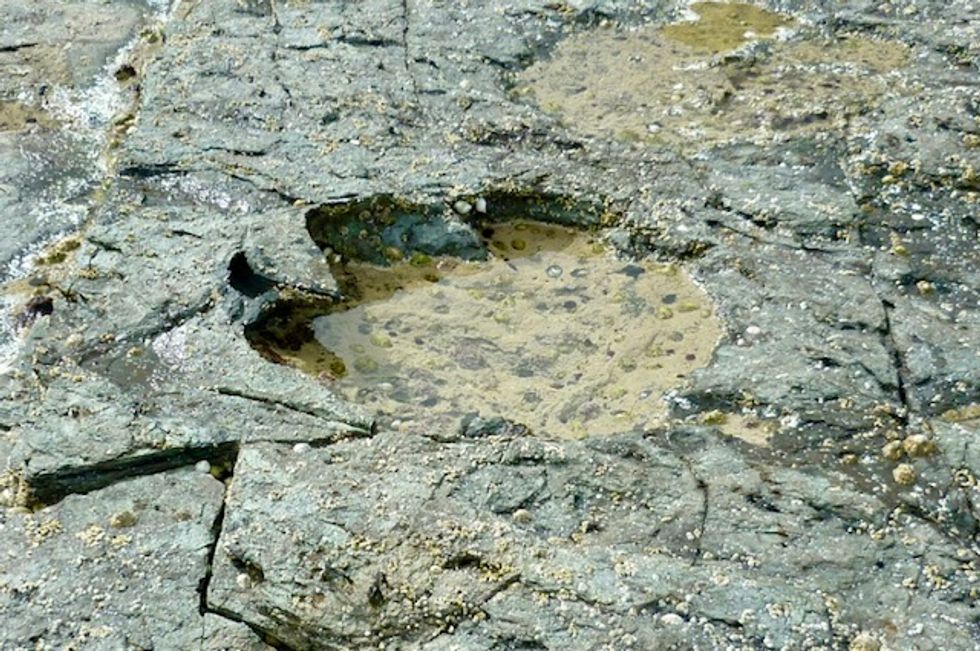 A sauropod footprint discovered on the Scottish Isle of Skye, among a cluster of prints which date back 170 million years THE UNIVERSITY OF EDINBURGH/AFP / Handout

Dinosaur footprints dating back 170 million years have been discovered on a Scottish island and will help shed light on the reptiles' evolution, the University of Edinburgh said on Tuesday.

The footprints are in a muddy, shallow lagoon on the Isle of Skye.

The largest print, left by a sauropod, measures 70 centimetres (28 inches) across. Long-necked sauropods were up to two metres tall.

"The find is globally important as it is rare evidence of the Middle Jurassic period, from which few fossil sites have been found around the world," the university said in a statement.

Researchers are documenting about 50 footprints in the area, including those of theropods -- an ancestor of Tyrannosaurus rex -- which measure around 50 centimetres across.

They used drone photographs to make a map of the site.

Paige dePolo, who led the study, said the find "demonstrates the presence of sauropods in this part of the world through a longer timescale than previously known".

The research was carried out in conjunction with the Chinese Academy of Sciences and the findings have been published in the Scottish Journal of Geology.