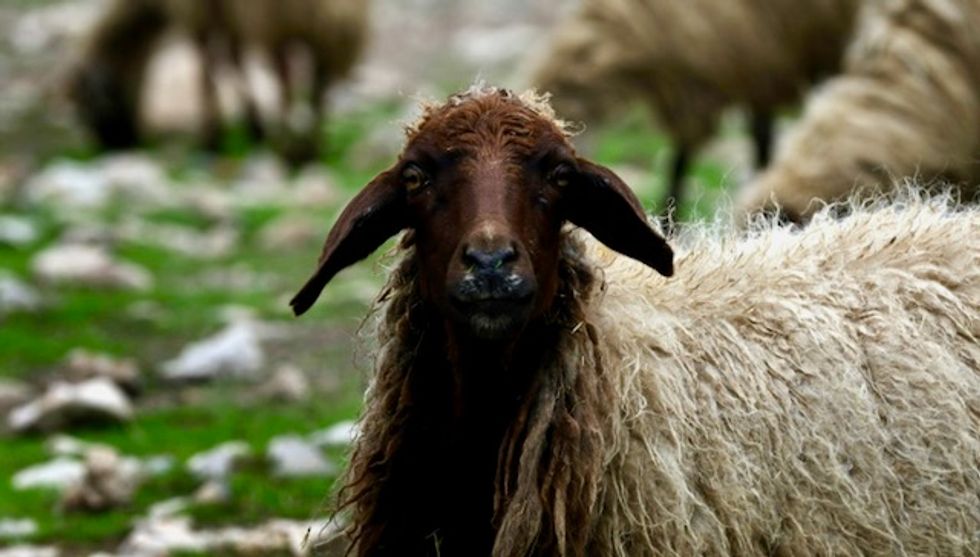 An export ship due to carry more than 50,000 sheep to the Middle East has been blocked from leaving Australia after secret footage emerged of distressed animals dying and struggling to breathe in filthy conditions.

Australia's live animal export trade, worth more than Aus$800 million (US$615 million) annually, has been under scrutiny in recent years after footage shot at offshore abattoirs showed cattle being mistreated.

The latest images, shot onboard Panama-flagged livestock carrier Awassi Express, showed large numbers of sheep packed together in small, stifling pens, covered in or surrounded by excrement. Many were dead.

The footage, captured over five voyages last year to Qatar, Kuwait and Oman from Australian ports, was released by activist group Animals Australia.

"They just died in front of us," Faisal Ullah, a graduate from Pakistan's Marine Academy who shot the videos, told broadcaster Channel Nine which first aired the vision Sunday.

"Just one by one. One after another... I mean, you are just putting live animals into the oven."

Ullah said lambs born to pregnant sheep, which are not supposed to be exported, died on the vessel and were thrown overboard.

The same ship, which was due to depart Fremantle on Australia's west coast this week, reportedly headed for Qatar and Kuwait, was blocked from leaving by AMSA after an inspection "raised some concerns about air flow over some pens".

Agriculture Minister David Littleproud said Monday he had held "constructive" talks with the industry and welfare groups to strengthen the standards in livestock trade.

Littleproud ruled out banning the live export trade but said he was taking other measures, including establishing a whistleblower hotline by the end of the week so people to "call out bad behaviour".

"It is important we get integrity into the live system and those people doing wrong need to be held to account, whether that is a company or an individual," he told reporters.

Emanuel Exports, which uses Awassi Express, told the Australian Broadcasting Corporation it had made changes to welfare requirements, such as lower loading volumes and a government observer on board its ships.

Trade to Indonesia was also temporary halted in 2011 on cruelty concerns.