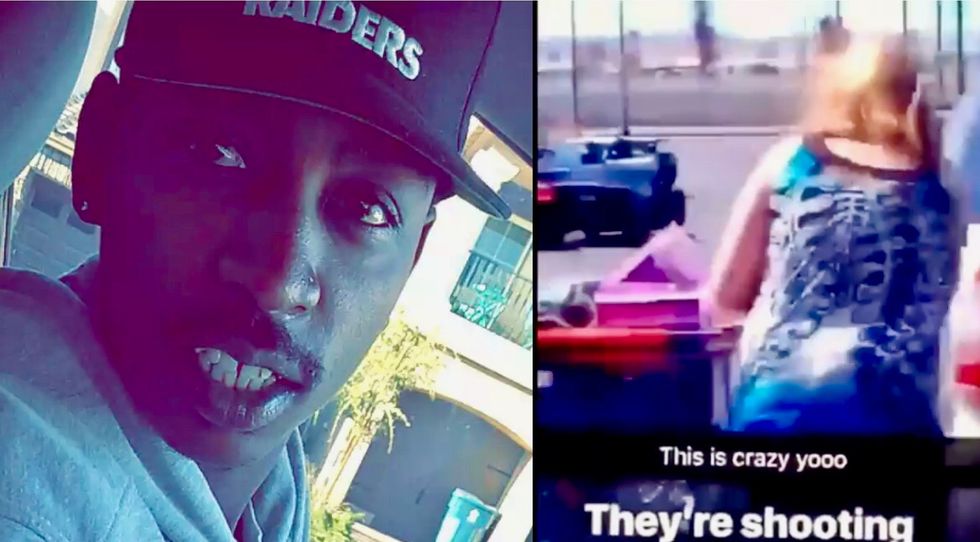 Just weeks after the killing of Stephon Clark in Sacramento, California cops in Barstow gunned down an unarmed black man in a Walmart parking lot, the Bee reports.

Diante “Butchie” Yarber, 26, was a father of three who was driving his cousin's Mustang with the cousin in the back seat. Cops were responding to a “call of a suspicious vehicle” and claim they thought the car was stolen and tried to stop him. They attempted a “traffic stop” and claim he “suddenly reversed the vehicle," hitting a patrol car. They then feared for their safety and killed him in a hail of bullets.

“They saw a car full of black people sitting in front of a Walmart, and they decided that was suspicious,” Lee Merritt, an attorney for the family, told the Guardian. “They just began pouring bullets … It’s irresponsible. It’s dangerous. It’s mind-boggling, the use of force.”

The incident was captured by a bystander in blurry footage that shows the sounds of dozens of rounds fired in rapid succession.

Protests of the incident have already happened in Barstow.

Merritt, the attorney, now wants the police department to release body and dash cam footage, as well as the store's surveillance video.

He called it “the worse case of excessive and unnecessary force” he’s ever seen and asked the district attorney to pursue charges against officers involved in the killing.

Below is the bystander video.