‘The scoop is that I have this’: Watch Rachel Maddow read new shocking passages from forthcoming James Comey book 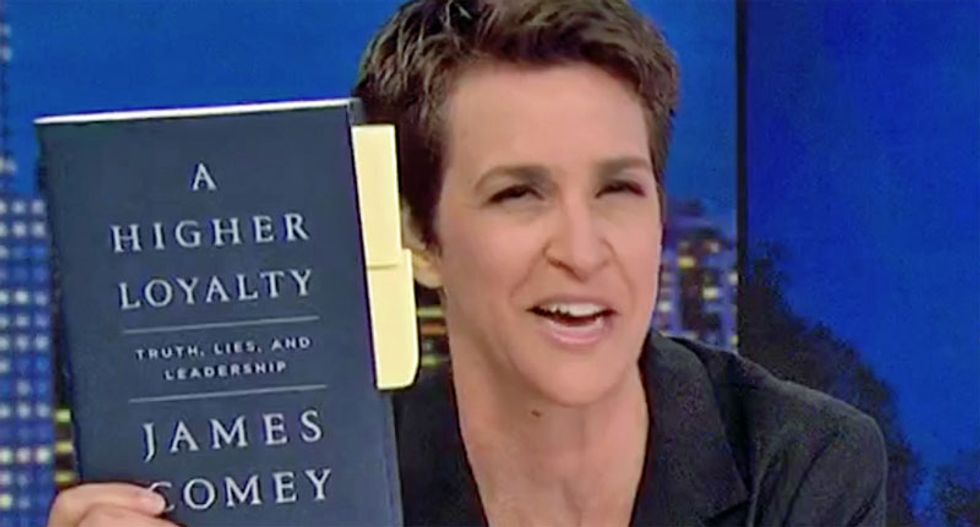 MSNBC's Rachel Maddow holds up a copy of the new book by James Comey.

"The fact is, the scoop is actually kind of the fact that I have this, the new not-yet-released book from fired FBI Director, James Comey," Maddow explained. "And it's weird that I have this, because the publisher had taken fairly heroic measures to ensure that this book did not leak out before publication on Tuesday, next Tuesday, a Tuesday we have not yet reached.

"Somewhere along the way, though, those heroic measures lost their cape and fell out of the sky," Maddow concluded.

"And now I've got a copy, because NBC News was able to go hunting in the urban jungle of New York City and they tranquilizer-darted a copy of it in the wild and gave it to me," the host explained.

Watch Maddow read from the book: