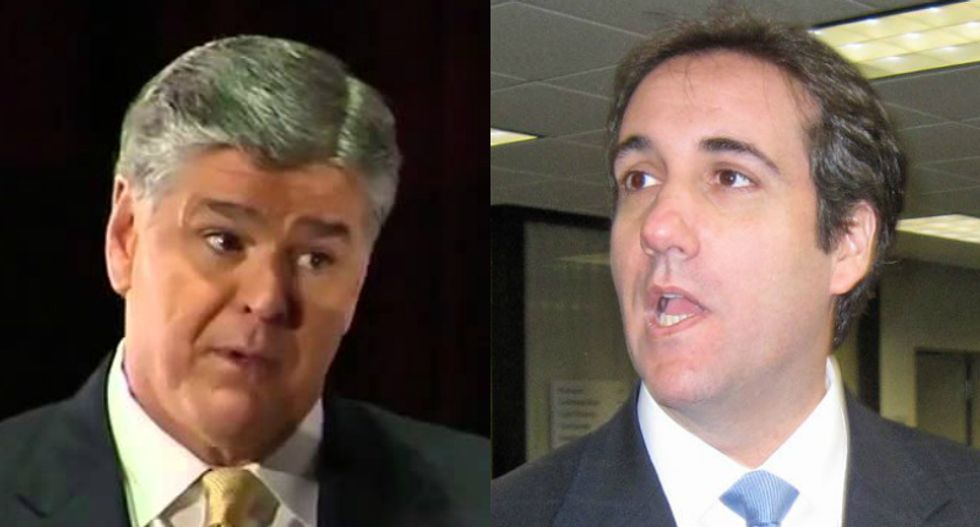 Before Hannity was revealed as Cohen's third client, Bloomberg reported that he asked the attorney not to let his name be made public. Instead, Cohen's lawyer Stephen Ryan handed the name of the client now known to be Hannity to U.S. District Judge Kimba Wood in Manhattan in a sealed envelope, promising to appeal if the judge ordered him and his client to disclose the name.

"At this point," Ryan said during the hearing, "no one would want to be [associated] with the case in that way."