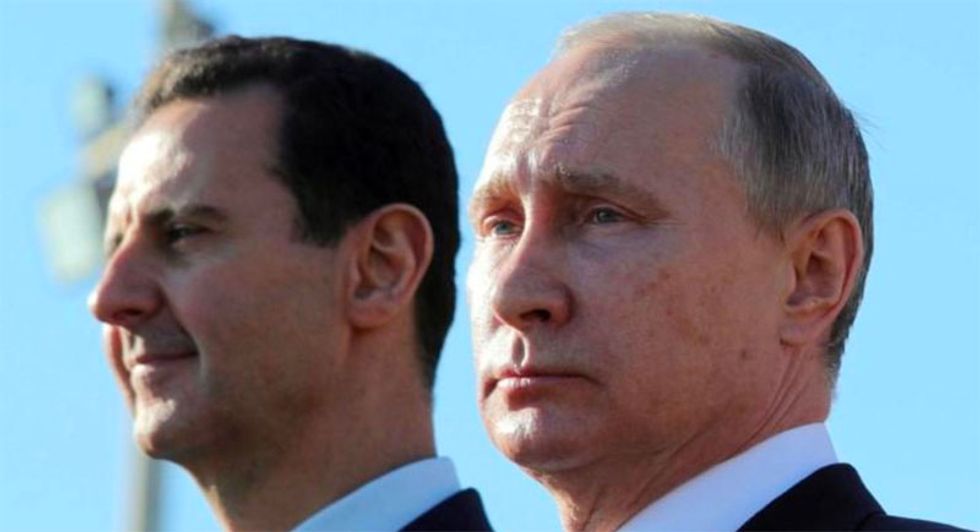 Syrian President Bashar al-Assad told a group of Russian lawmakers on Sunday that Western missile strikes on his country were an act of aggression, Russian news agencies reported.

The Russian lawmakers met with Assad after the United States, France and Britain launched missile strikes on Syria in retaliation for a suspected poison gas attack a week ago.

Russia, which is helping Assad fight rebel forces opposed to his rule, immediately condemned the strikes and called for an emergency meeting of the U.N. Security Council.

“From the point of view of the president, this was aggression and we share this position,” Russia’s TASS news agency quoted lawmaker Sergei Zheleznyak as saying after the meeting with Assad.

The Syrian president was in a “good mood” and continuing his work in Damascus, agencies cited the lawmakers as saying, and praised the Soviet-era air defense systems used by Syria to help to repel the Western attacks.

A senior Russian military official said on Saturday that Syria’s air defenses, which mostly consist of systems made in the Soviet Union, had intercepted 71 of the 105 American, British and French missiles.

The Pentagon has said the strikes successfully hit the three chemical weapons facilities which were targeted.

“Yesterday we saw American aggression. And we were able to repel it with Soviet missiles from the 70s,” Russian lawmaker Dmitry Sablin quoted Assad as saying, TASS reported.

Sablin also said Assad accepted an invitation to visit the Siberian region of Khanty-Mansi in Russia. It was not clear when the visit would take place.

Russia said on Saturday it would consider supplying S-300 surface to-air missile systems to Syria following the Western strikes, but this was not discussed at the meeting with Assad, agencies reported.