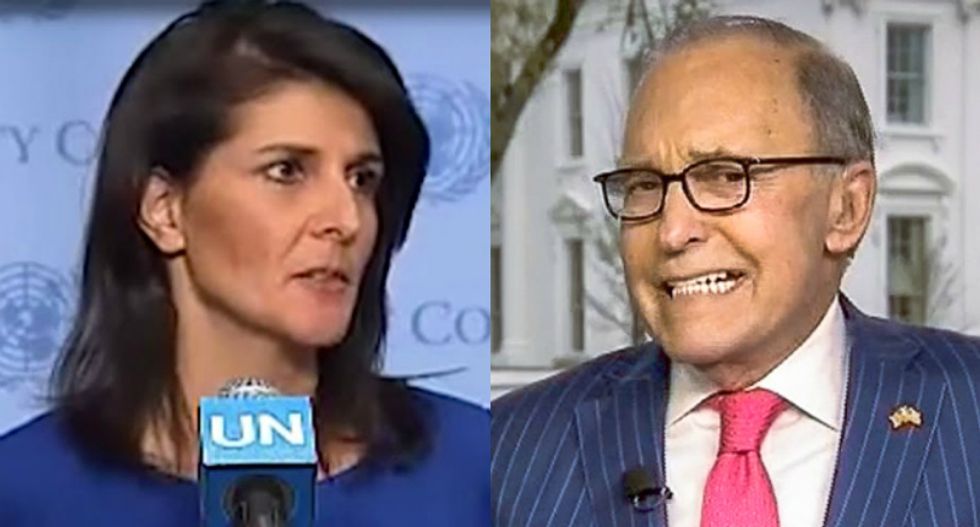 White House economic adviser Larry Kudlow reportedly apologized to UN Ambassador Nikki Haley Tuesday after she refuted his suggestion that she was "momentarily confused" when she announced additional Russia sanctions during an interview.

"With all due respect, I don't get confused," Haley said in a statement read on-air at Fox News.

According to the New York Times' Julie Davis, Kudlow reportedly spoke to Haley and told her he was "totally wrong" to call her confused after a decision was made to not impose new economic sanctions.

"The policy was changed and she wasn't told about it," Kudlow told the reporter, "so she was in a box."