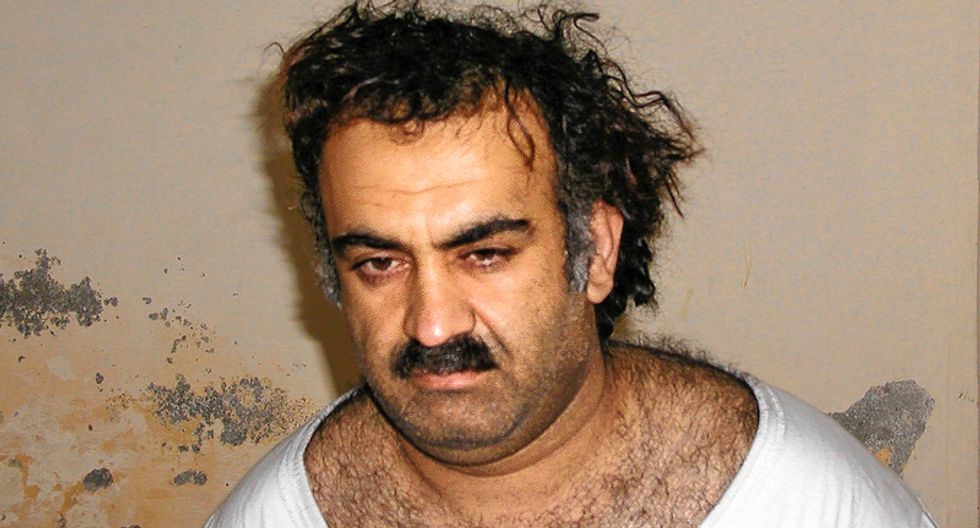 An article published on the Fox News website claims that Khalid Sheikh Mohammed is "like the Senate intelligence panel's Democrats" because both oppose the confirmation of Gina Haspel to head the CIA.

"The alleged mastermind of the 9/11 attacks, like the Senate intelligence panel's Democrats, has come out against President Donald Trump's nomination of Gina Haspel to lead the CIA," Fox News writer Lukas Mikelionis opines.

According to Mikelionis, "Khalid Sheikh Mohammed and the Democrats" are alike because they both "question whether Haspel, a longtime CIA agent, is fit to run the agency given her involvement in the torture of prisoners following the attacks in 2001."

"Multiple Democrats have criticized Haspel's nomination, with U.S. Sen. Jon Tester of Montana saying he opposes her because he objects to waterboarding, a controversial enhanced interrogation technique deemed torture by many opponents," the report adds. "It remained unclear if Mohammed, who was detained at sites in Afghanistan and Poland before arriving at Guantanamo bay, was at any point under supervision of Haspel."

Mohammed, who is being held at Guantanamo Bay, has asked a military judge to allow him to share six paragraphs of information regarding Haspel with senators ahead of her confirmation hearing on Wednesday.