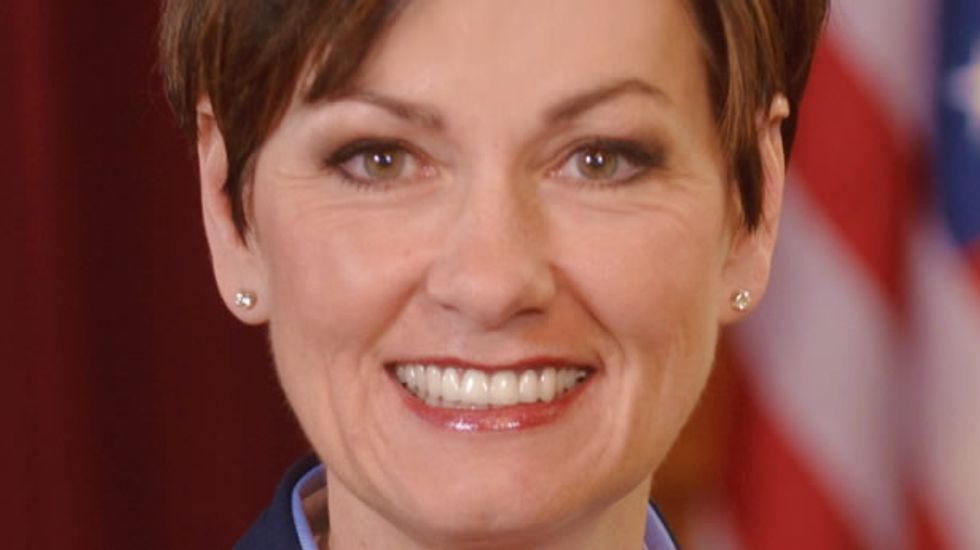 Iowa Governor Kim Reynolds signed into law on Friday a bill outlawing abortion after a fetal heartbeat is detected, which often occurs at six weeks and before a woman even realizes she is pregnant, and Reynolds acknowledged the likelihood of a court challenge.

The measure, which Iowa’s Republican-controlled state legislature passed on Wednesday, is the most restrictive abortion ban in the United States.

“I understand and I anticipate that this will likely be challenged in court, and that courts may even put a hold on the law until it reaches the Supreme Court,” Reynolds, also a Republican, said at Friday’s bill-signing, surrounded by children.

“However, this is bigger than just a law,” she added. “This is about life. I’m not going to back down from who I am or what I believe in.”

Chants from protesters were audible in the room where Reynolds signed the bill, in a ceremony that was broadcast live.

State senators who backed the measure said earlier this week that they were aiming to challenge the U.S. Supreme Court’s landmark Roe v. Wade decision that established that women have a constitutional right to an abortion.

Abortion opponents hoping to land the issue back in front of the nation’s top court believe the 5-4 conservative majority could sharply curtail abortion access or ban it outright.

At a rally in Des Moines outside the Capitol on Friday before Reynolds signed the bill, officials of Planned Parenthood, the women’s healthcare group and backer of abortion rights, said they would file a lawsuit to block the law.

“I am here to tell Governor Reynolds, We will see you in court,” Suzanna de Baca, president of Planned Parenthood of the Heartland, told demonstrators. “We will challenge this law with absolutely everything we have on behalf of our patients, on behalf of your rights, because Iowa will not go back.”

Iowa is just the latest battleground in the fight over access to abortions.

Mississippi’s Republican governor in March signed into law a bill banning abortion after 15 weeks with some exceptions, sparking an immediate court challenge by abortion rights advocates.

A similar court challenge is under way in Kentucky, which in April enacted a ban on a common abortion procedure from the 11th week of pregnancy.

The Iowa law requires any woman seeking an abortion to undergo an abdominal ultrasound to screen for a fetal heartbeat. If one is detected, healthcare providers are barred from performing an abortion.

Among the few exceptions are if the woman was raped or a victim of incest and has reported that to authorities.

The bill would ban most abortions in the state and was passed in the final days of the Iowa legislative session.