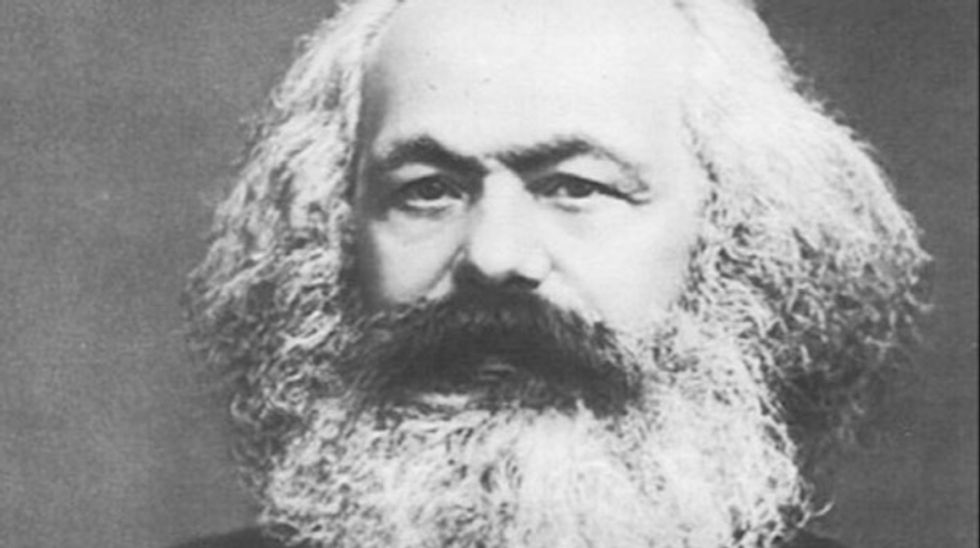 As Germany prepares to mark Karl Marx's 200th birth anniversary, the revolutionary philosopher's legacy remains divisive more than a quarter century after the fall of the Berlin Wall.

With scars from the Cold War still fresh, people from capitalist former West Germany and the once communist East are of two minds about the 19th-century philosopher.

Some hail Marx as a visionary scholar who foretold the ills of the market economy, while others revile him for inspiring Stalinist regimes.

In the western town of Trier, the icon's birthplace which is planning 600 events for his bicentenary, it is not lost on critics that the centrepiece of the celebrations is a gargantuan statue offered as a gift from communist China.

"I never had a need for him," retiree Helene Schmidt, 76, told AFP, voicing her opposition to the statue, which is 5.5 metres (18 feet) tall and is to be unveiled on Saturday, Marx's birth anniversary.

For many Germans, their feelings are shaped by where and when they grew up.

"My mother told me once that Karl Marx is a communist and that was that. And now he is standing before us," said 92-year-old Anne-Lise, somewhat puzzled by the imposing statue, which is positioned near a set of recently installed special edition traffic lights featuring the philosopher.

As she was growing up in the West, she rarely heard mention of Marx, and it was only this year that she learned anything about the man, Anne-Lise said, declining to give her last name.

University student Sandra Konrad, 22, however has no doubts as to his lasting importance. Marx "delivered a great manifesto and no one can counter that," she said. "He should not be buried away."

While older generations in west Germany grew up with little knowledge of key Marx works such as the Communist Manifesto and Das Kapital, that has changed since reunification.

Over the last decade in particular, unbridled capitalism and its discontents have fuelled renewed interest in Marx's work on the oppression of the working class and inequality.

The theories, developed as the Industrial Revolution gathered pace in the 19th century, find resonance today as societies once again see social and political upheaval.

"There is a growing timeliness about Karl Marx -- certainly the financial and economic crises played a role since 2008 when renowned contemporary economists praised him as a theorist," said Rainer Auts, director of a company set up to oversee the exhibitions on Marx's life, works and legacy.

But in the former East, where the work of the burly man known for his flowing mane and beard was once espoused in every school, some reject any praise for Marx because of the damage his ideas wrought.

"Karl Marx developed the foundation upon which all subsequent communist dictatorships have built until today," Dieter Dombrovski, president of the Union of the Victim Groups of Communist Tyranny, told AFP.

"He wrote these works; sure, he did not implement them but he developed the thought and the communist dictatorships implemented everything that he wrote word for word.

"According to our penal system today, if someone were to incite a person to commit murder, and if the other person carries out the murder, then the one who incited is also convicted, which is only right," said Dombrovski, who was once jailed by the East German dictatorship.

More people were killed under communist regimes than under Adolf Hitler, he added.

The giant statue gifted by China has also become a lightning rod.

"In Germany, erecting a statue means conferring an honour to that individual. The city of Trier is therefore honouring Karl Marx and his works," said Dombrovski, also accusing it, perhaps ironically, of capitalising on the philosopher to draw more Chinese tourists.

Officials in Trier reject the accusations, arguing that Marx cannot be blamed for regimes which distorted his theories to their own ends.

"The (East German) regime treated Marx as its god, and his words were the true gospel. That discredited his ideas and philosophy. A new look has not been possible until after reunification," Auts said, stressing that the commemorations aim neither to "glorify nor vilify" Marx.

For Trier mayor Wolfram Leibe, this year offers an opportunity to reassess the man and his work.

"We now have 30 years of distance from reunification... which gives us the possibility to look at Marx with a critical eye without prejudice," he said, adding that the thinker should "take his place as one of the greatest sons of the city."

Leibe also denied trying to attract Chinese tourists -- many of whom come on a pilgrimage to visit Marx's birthplace.

Only one percent of Trier's five million visitors a year are Chinese, he said, adding that the city does not have sufficient capacity to accommodate more tourists even if it wanted to.

"Karl Marx formulated important ideas, and it is worthwhile to think about these ideas. If, after visiting (these exhibitions), someone then goes out to buy a book to re-examine different aspects of what Karl Marx offered, then I think we'd have achieved a lot," Leibe said.