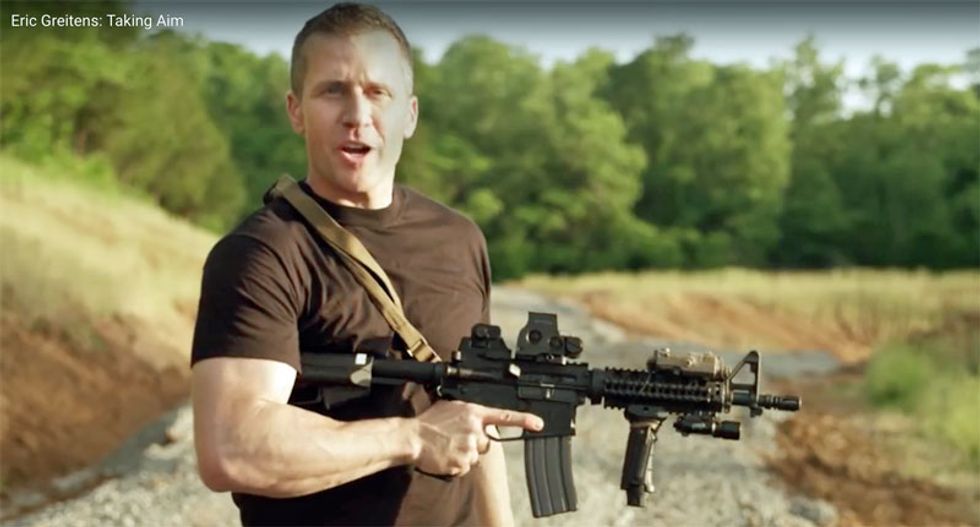 Missouri Governor Eric Greitens, who resigned on Tuesday, had offered to leave office in exchange for dismissal of a felony computer tampering charge against him in a wider scandal, a prosecutor’s spokeswoman said on Wednesday.

St. Louis Circuit Attorney Kim Gardner spoke to reporters about the deal but declined to comment on an ongoing investigation against Greitens involving possible felony invasion of privacy in connection with an admitted extramarital affair in 2015 with a hairdresser before he was elected.

Greitens has said he is innocent and called the relationship consensual.

In the computer tampering case stemming from questionable fundraising activities, Greitens offered to leave office if Gardner would dismiss the charge, prosecutor’s spokeswoman Susan Ryan said. Saying most of the deal was sealed and could not be discussed, Ryan said the most impactful part of it was Greitens saying he would furnish his resignation in exchange for the charge being dropped.

“They offered to do that for the dismissal,” Ryan said.

Neither Greitens lawyer nor his representatives immediately responded to a request for comment.

The 44-year-old first-term governor, who was seen as a rising star in the Republican Party, abruptly resigned amid accusations stemming from an extramarital affair and his political fundraising.

Greitens was charged a month ago with felony computer tampering. He is accused of illegally obtaining a donor list to aid his 2016 election campaign from a veterans’ charity he founded in 2007.

“Sometimes, pursuing charges is not the right or just thing to do for our city and state,” Gardner told reporters.

Greitens, a former Navy SEAL commando, faced the possibility of becoming the first Missouri governor to be impeached as the Republican-controlled Missouri General Assembly began a special session on May 18 to consider what disciplinary steps to take against him.

St. Louis prosecutors dismissed the criminal invasion of privacy charge against Greitens on May 14 before his trial got under way but said it would be refiled. A special prosecutor assigned to the case said Tuesday her investigation will continue, according to local news media. Like Gardner, the special prosecutor is a Democrat.

Greitens has called the charges against him part of a political witch hunt and on Tuesday he complained of “legal harassment” with “no end in sight.”

But Gardner on Wednesday said Greitens has only himself to blame.

“The consequences Mr. Greitens has suffered, he brought upon himself. By his decisions, his ambition, his pursuit for power,” Gardner said.

Reporting by Brendan O'Brien in Milwaukee and Barbara Goldberg in New York, Editing by Richard Balmforth and Jonathan Oatis