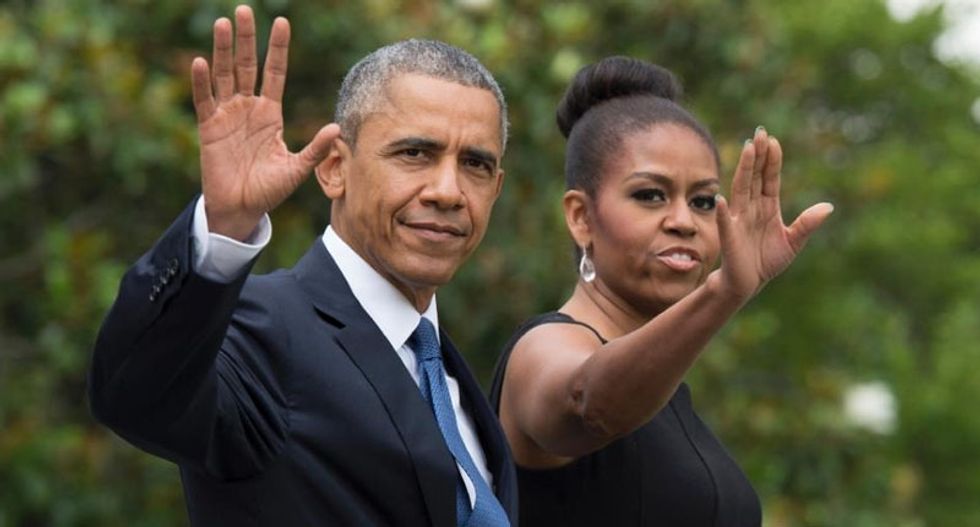 Some conservatives threatened to drop Netflix on Monday after the cable-cutting service revealed that it had signed a deal with former President Barack Obama and former First Lady Michelle Obama.

In an announcement on Monday, Netflix revealed that Barack and Michelle Obama had signed a multiyear deal to produce films and series.

Critics of the former president were quick to threaten a boycott of Netflix after the news broke.

@michellemalkin This is why I've already cancelled my Netflix!
— Natalie Hadley (@Natalie Hadley) 1526923490.0

@netflix Knowing that the #DeepState and #Corrupt Obama's have found yet another way to indoctrinate the American p… https://t.co/1tJ9NjYMOW
— LOVE USA🇺🇸 (@LOVE USA🇺🇸) 1526923869.0

@netflix Knowing that the #DeepState and #Corrupt Obama's have found yet another way to indoctrinate the American p… https://t.co/1tJ9NjYMOW
— LOVE USA🇺🇸 (@LOVE USA🇺🇸) 1526923869.0

‘What a dope!’ Morning Joe unloads on Ron DeSantis for punishing prosecutor for stating his beliefs

MSNBC's Joe Scarborough dumped on Florida Gov. Ron DeSantis for suspending an elected prosecutor who vowed not to enforce laws against abortion.

The Republican governor removed Hillsborough County state attorney Andrew Warren from office after he signed letters pledging he would not enforce laws prohibiting gender-affirming care for minors or laws limiting abortion, and the "Morning Joe" host blasted him as an authoritarian.