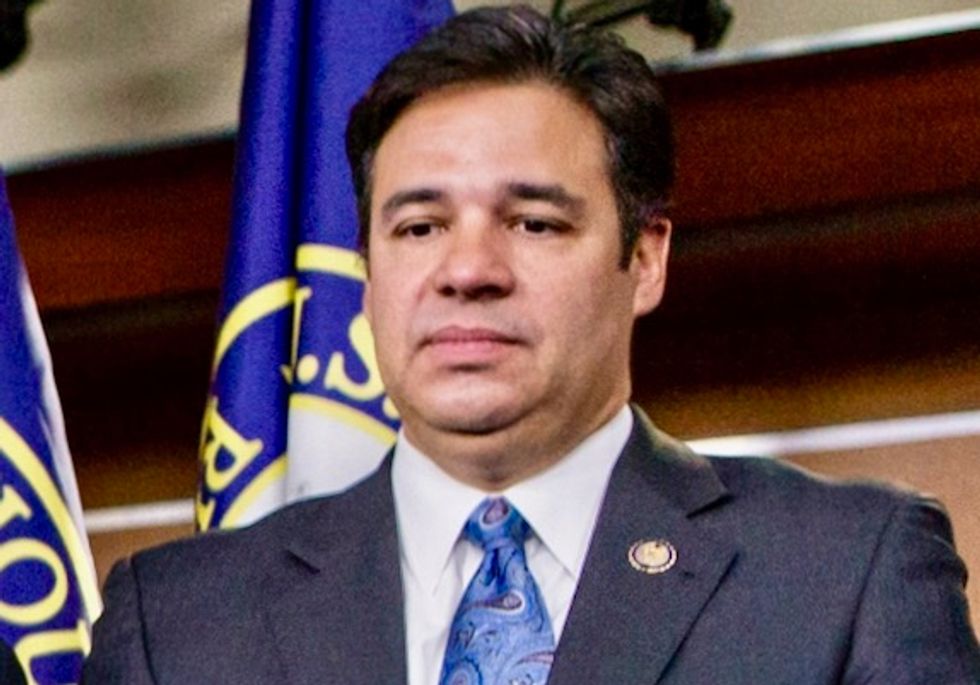 U.S. Rep. Raul Labrador of Idaho, the anti-gay religious extremist who announced he would retire from Congress at the end of this term to run for governor, lost the Republican gubernatorial primary Tuesday night. Now, he will not become a governor, and will not be a U.S. Congressman next year.

FADA, in its original form, would have "protected" any person, group, organization, company, or corporation that claimed to have a sincerely held religious belief about LGBT people, same-sex couples, and marriage, from obeying laws designed to provide protection in those areas to LGBT people and other minorities.But it didn't end there.

The legislation was so broad, if it had become law a pharmacist could refuse to provide contraception to a woman, on the basis of their personal religious or moral beliefs.

It never made it to the House floor.

In 2016 NOM, the National Organization For Marriage, made a big push to get Republicans to support the bill. Their efforts failed.

In 2017 Labrador reintroduced the bill, but was forced to alter its language after the U.S. Supreme Court's Obergefell decision, which made same-sex marriage a constitutional right.

After Labrador introduced the new bill, which effectively was forced to also protect those who support marriage equality, anti-gay hate groups bolted, dropping their support, because it didn't target LGBT people.

There is a companion bill in the Senate, sponsored by another far right wing religious extremist, Senator Mike Lee of Utah.

In 2017 Labrador came under fire for telling constituents at a town hall, "nobody dies because they don't have access to health care."