Sarah Sanders angrily deflects Michael Cohen pay-for-play scandal: 'It has nothing to do with the White House' 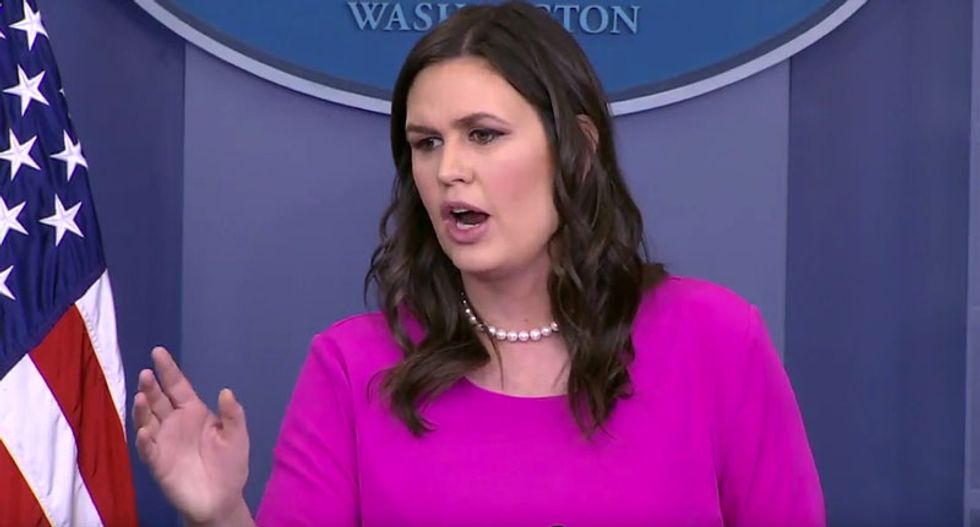 White House Press Secretary Sarah Sanders on Wednesday declared that a pay-for-play scandal facing President Donald Trump's former attorney, Michael Cohen, "has nothing to do with the White House."

At Wednesday's White House briefing, Sanders faced a grilling from reporters regarding millions of dollars that were paid into the same account that was used to silence adult film star Stormy Daniels about an alleged affair with the president.

Sanders demurred when she was asked if the president was "embarrassed or ashamed" that Cohen offered access to companies like AT&T and Novartis.

"I think that would be up to those individuals who make the decision to hire someone," Sanders said, sounding frustrated. "That's the decision of an independent company and it has nothing to do with the White House."

"The president promised to drain the swamp," NBC's Kristen Welker pointed out. "So, does he feel it's appropriate that Michael Cohen, his personal attorney, was selling access to him?"

"I'm not going to weigh into this," Sanders replied. "That's a determination that individual companies had to make [when they paid Cohen]."

"You're the press secretary," Welker pressed. "Based on what you know and what's been revealed, does the president think it's appropriate that his personal attorney was selling access to him, given that he promised to drain the swamp?"

"We're not engaging in this process at all and I would refer you to the outside counsel," Sanders said.