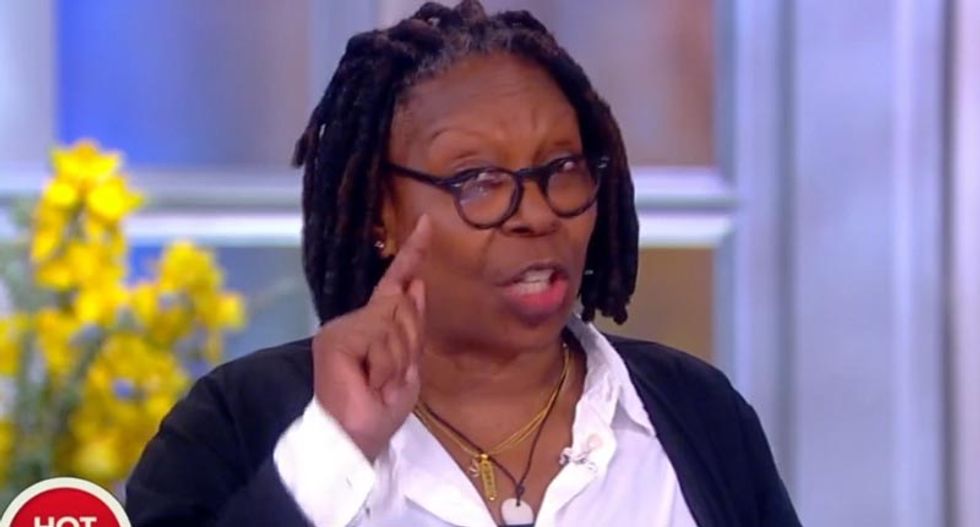 Whoopi Goldberg, a co-host on ABC's The View, blasted Roseanne Barr on Wednesday for spreading fake news about her.

After being fired, Roseanne retweeted a doctored photo of Goldberg wearing a t-shirt that showed a gun to President Donald Trump’s head. The tweet accused ABC of hypocrisy for not firing Goldberg.

But the real t-shirt contained no such image, and instead read: "And you thought I was a nasty woman before? Buckle up. Buttercup."

"Just because you were caught with your pants down, don't try to drag other people down with you," Goldberg said.

Co-host Meghan McCain described the tweet as a "load of crap."

"This is not about being a conservative, OK?" she continued. "This is about you being a racist."

"I didn't fake my shirt -- someone else faked my shirt. But that's your tweet. That came from you. That's yours. You did this to yourself," Goldberg added.