Watch: Senator Orrin Hatch gets choked up as he thanks Trump for getting alleged gun-toting Mormon missionary out of Venezuelan prison 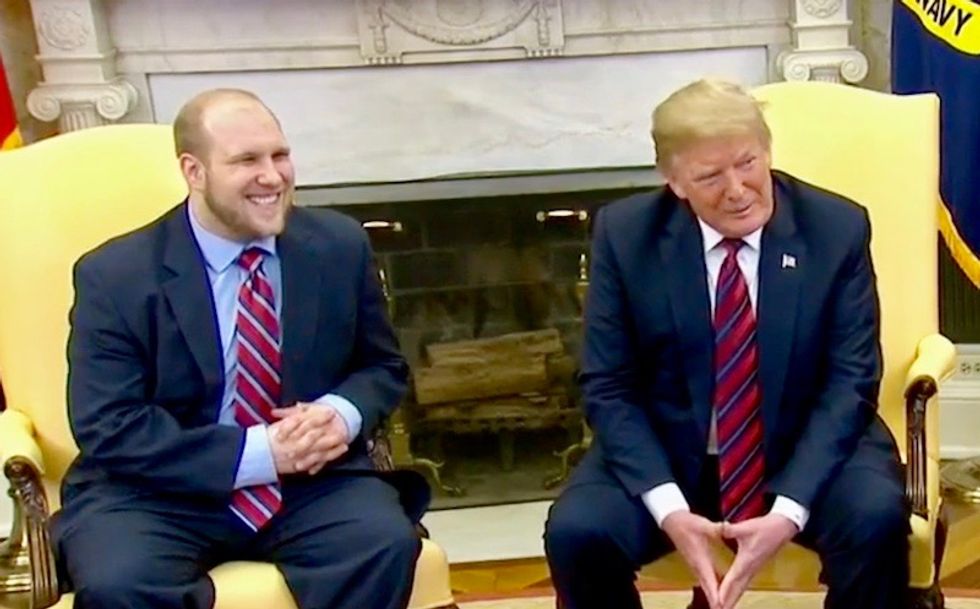 A Utah man has been freed from Venezuelan prison where he was held on charges of stock-piling weapons.

The man Josh Holt, was a Mormon missionary who flew to Venezuela to marry a woman he met online.

Senator Orrin Hatch, a Republican from Utah who is retiring, gave all the credit to Trump.

"This wouldn't have happened without you," Hatch said. "When you look back on your tenure during the presidency, this is just one of many great things you're doing, but it's really a great thing. To know that we can rely on you, and count on you, and talk to you."

Hatch pointed out that he was one of Trump's earliest supporters in the senate and, unlike fellow Mormon Jeff Flake, continues to be a full-on Trumpista.

"Mr. President, I cannot tell you how much I appreciate you," he said. "As you know, I was the one guy who supported you 100 percent and I do now."