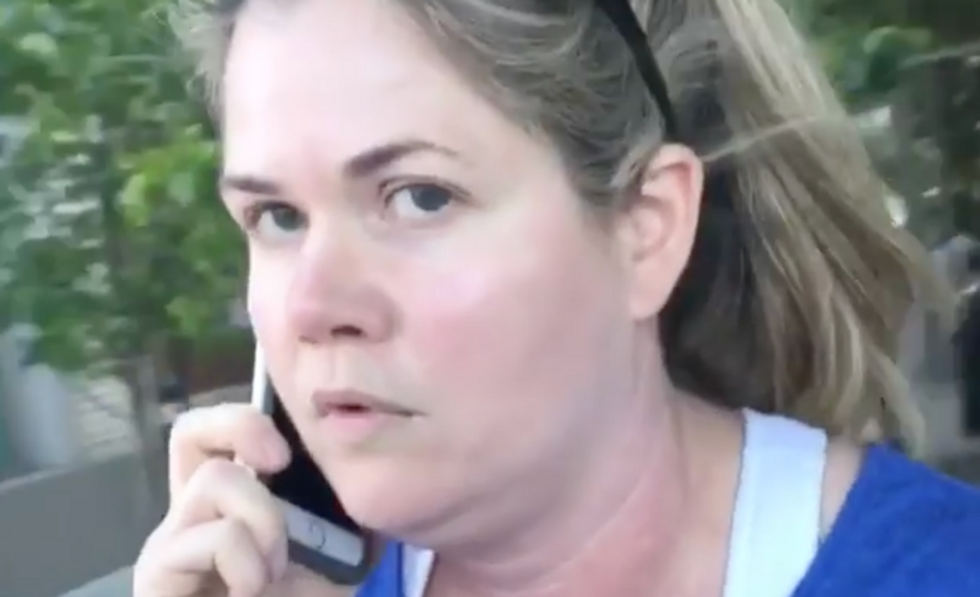 The white woman who called the police on an 8-year-old black girl who was selling water outside her San Francisco apartment says she's not racist and that she was only pretending to call.

The woman, Alison Ettel, was contacted by the Huffington Post.

“This has no racial component to it,” she said.

She also told HuffPo that she only “pretended” to call the police on the girl.

In the video, shot my the girl's mother and posted top Instagram, Ettel tried to hide behind a wall as she was filmed.

“This woman don’t want a little girl to sell some water, she’s calling the police on an 8-year-old girl,” the girl's mother said.

After being busted, Ettel said she was “horrible and heart-wrenched."

She said the issue was noise.

“They were screaming about what they were selling,” she said. “It was literally nonstop. It was every two seconds, ‘Come and buy my water.’ It was continuous and it wasn’t a soft voice, it was screaming... I had been putting up with this for hours, and I just snapped."