‘I will blow your f*cking head off’: Deputy threatens to shoot daughter's boyfriend -- and then murder his mom 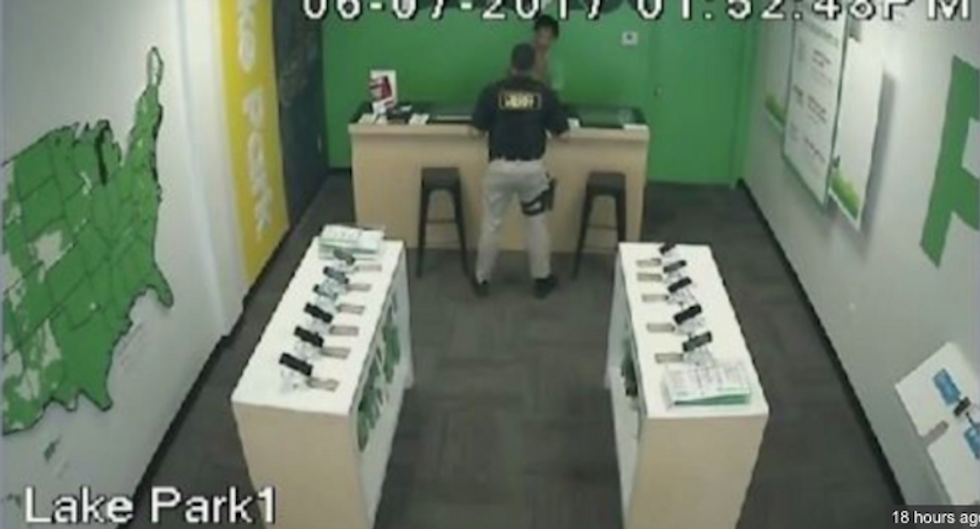 Palm Beach county Deputy Sheriff Javier Lasso has been suspended as the department investigates allegations that he threatened his daughter's boyfriend and handcuffed her, forcing her into a police cruiser to "teach her a lesson."

According to a report by internal affairs, Lasso strolled into the boyfriend's place of employment, in uniform, with his gun clearly visible and told him to stay away from his daughter, who he'd been dating for approximately two years.

When the boyfriend retorted that it wasn't up to him, the Deputy Sheriff threatened to shoot him and his mother.

"Last chance or I will blow your fucking head off," he warned. He also told him he knew where he lived.

Watch a video obtained by CBS12.