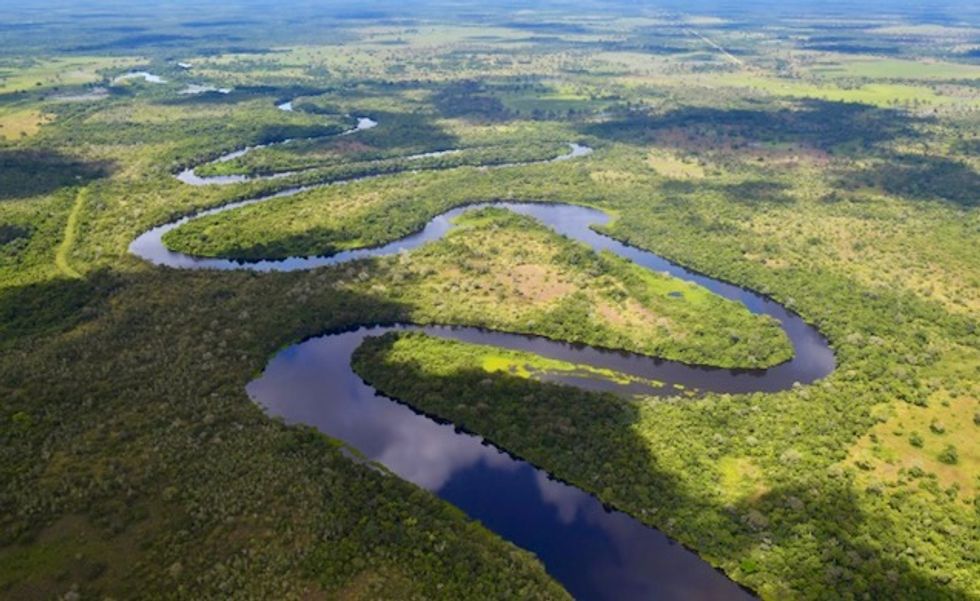 Despite UN-led efforts to halt deforestation, nearly ten percent of undisturbed forests have been fragmented, degraded or chopped down since 2000 AFP/File / CARL DE SOUZA

Earth's intact forests shrank by an area larger than Austria every year from 2014 to 2016 at a 20 percent faster rate than during the previous decade, scientists said Wednesday as the UN unveiled an initiative to harness the "untapped potential" of the land sector to fight climate change.

Despite a decades-long effort to halt deforestation, nearly 10 percent of undisturbed forests have been fragmented, degraded or simply chopped down since 2000, according to the analysis of satellite imagery.

Average daily loss over the first 17 years of this century was more than 200 square kilometres (75 square miles).

"Degradation of intact forest represents a global tragedy, as we are systematically destroying a crucial foundation of climate stability," said Frances Seymour, a senior distinguished fellow at the World Resources Institute (WRI), and a contributor to the research, presented this week at a conference in Oxford.

"Forests are the only safe, natural, proven and affordable infrastructure we have for capturing and storing carbon."

"Thirty-seven percent of what is needed to stay below two degrees Celsius" -- the cornerstone goal of the 196-nation Paris Agreement -- "can be provided by land," said Andrew Steer, WRI President and CEO.

"But only three percent of the public funding for mitigation goes to land and forest issues -- that needs to change," he told AFP.

Some 500 million people worldwide depend directly on forests for their livelihood.

- A future without intact forests? -

So-called "intact forest landscapes" -- which can include wetlands and natural grass pastures -- are defined as areas of at least 500 sq km with no visible evidence in satellite images of large-scale human use.

"Many countries may lose all their forest wildlands in the next 15 to 20 years," Peter Potapov, an associate professor at the University of Maryland and lead scientist for the research, told AFP.

On current trends, intact forests will disappear by 2030 in Paraguay, Laos and Equatorial Guinea, and by 2040 in the Central African Republic, Nicaragua, Myanmar, Cambodia and Angola.

"There could come a point in the future where no areas in the world qualify as 'intact' anymore," said Tom Evans, director for forest conservation and climate mitigation at the Wildlife Conservation Society.

"It is certainly worrying."

AFP / Sabrina BLANCHARDDespite a decades-long effort to halt deforestation, nearly 10 percent of undisturbed forests have been fragmented, degraded or simply chopped down since 2000, according to analysis

In tropical countries, the main causes of virgin forest loss are conversion to agriculture and logging. In Canada and the United States, fire is the main culprit, while in Russia and Australia, the destruction has been driven by fires, mining and energy extraction.

For Indonesia, the increase was 62 percent, and for Brazil it was 16 percent.

The new results are based on a worldwide analysis of satellite imagery, built on a study first done in 2008 and repeated in 2013.

"The high resolution data, like the one collected by the Landsat programme, allows us to detect human-caused alteration and fragmentation of forest wildlands," said Potapov.

Presented at the Intact Forests in the 21st Century conference at Oxford University, the finding will be submitted for peer-reviewed publication, said Potapov, who delivered a keynote to the three-day gathering.

Addressing colleagues from around the world, Potapov also challenged the effectiveness of a global voluntary certification system.

AFP/File / DELPHINE RAMONDIn Cameroon, about 90 percent of FSC-monitored forest wildlands disappeared from 2000 to 2016

Set up in 1994 and backed by green groups such as the World Wildlife Fund, the self-stated mission of the Forest Stewardship Council (FSC) is to "promote environmentally appropriate, socially beneficial and economically viable management of the world's forests."

But approximately half of all intact forest landscapes inside FSC-certified concessions were lost from 2000 to 2016 in Gabon and the Republic of Congo, the new data showed.

In Cameroon, about 90 percent of FSC-monitored forest wildlands disappeared.

"FSC is an effective mechanism to fragment and degrade remaining intact forest landscapes, not a tool for their protection," Potapov said.

National and regional parks have helped to slow the rate of decline.

The chances of forest loss was found to be three times higher outside protected areas than inside them, the researchers reported.