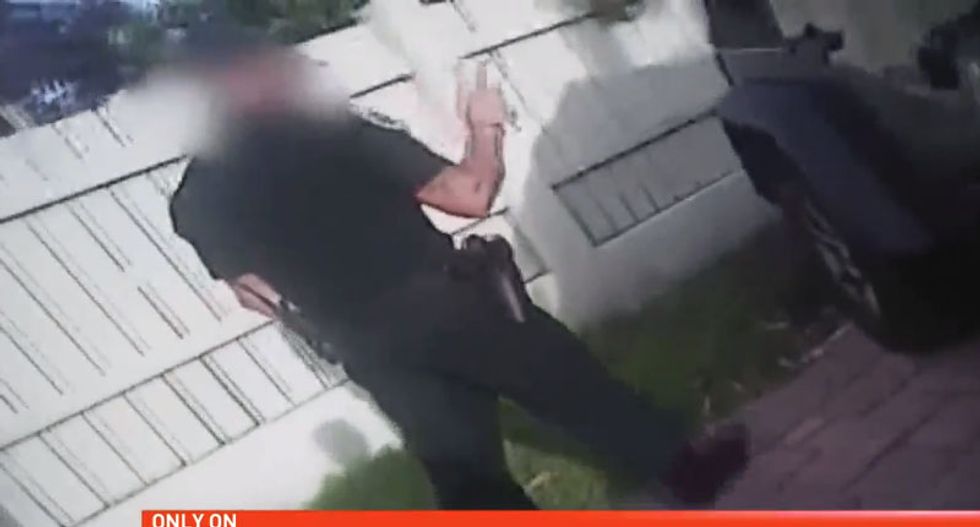 A Florida sheriff’s deputy has been suspended for 40 hours and ordered to complete diversity training after he was caught on video using a racial slur, according to local news outlet CBS12.

Palm Beach County Sheriff’s deputy Frank Di Orsini made the comment in front of a West Palm Beach Police officer, who was wearing a body camera.

Di Orsini had called police to investigate a break-in of his Jeep.

“It smells like f---ing dirty N-word in my f---ing car," Di Orsini said on the body camera video.

In a statement to CBS12, the sheriff’s office said: "The Palm Beach County Sheriff’s Office holds its employees to the highest standards and never forgets about its duty to preserve the public’s trust. Allegations of inappropriate behavior, criminal or otherwise, are taken very seriously."