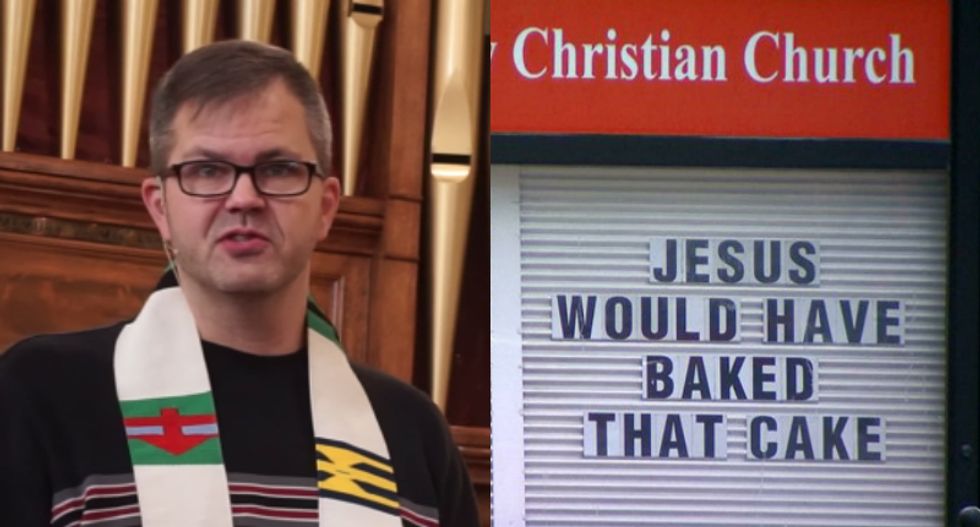 After the Supreme Court ruled narrowly in favor of a Colorado baker who refused to make a wedding cake for a gay couple, a pastor in a neighboring city used his church's sign post to send them a message.

"Jesus would have baked that cake" reads the sign outside Denver's South Broadway Christian Church, and in an interview with NBC affiliate KUSA, Pastor Dustin Adkins explained his decision to make the statement in the wake of the Masterpiece Cakeshop ruling.

"Jesus worked with folks on the periphery of society, mistreated and marginalized,” the pastor said. “Those folks are the ones he welcomes the most.”

KUSA's report notes that the SCOTUS case didn't involve David Mullins and Charlie Craig, the couple who attempted to order their wedding cake from the Lakewood, CO bakery, but rather with the shop and the Colorado Civil Rights Commission. In its ruling, the Supreme Court said the commission infringed upon baker Jack Phillips' religious rights when it ruled that he'd discriminated against the couple and imposed rules for him to follow.