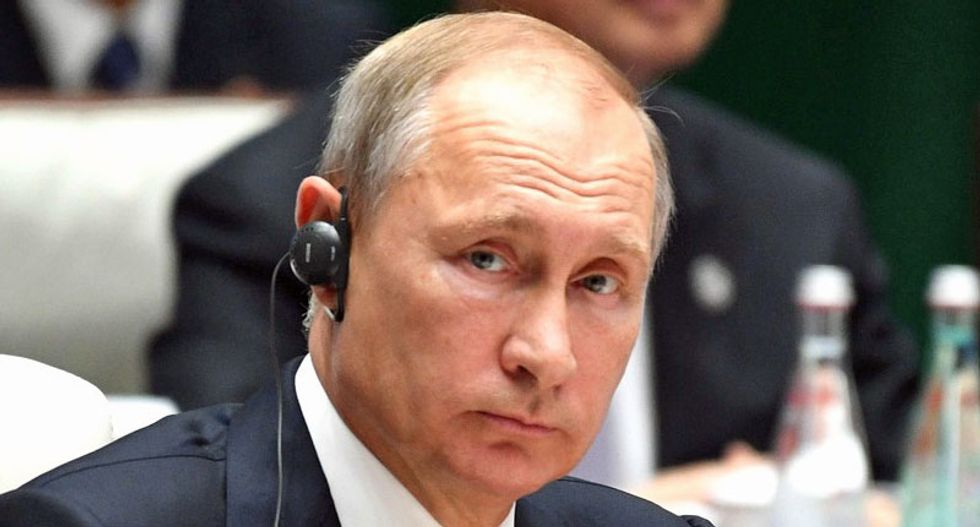 Once the biggest foreign money manager in Russia, Bill Browder has some advice for the West: If you want to counter Kremlin chief Vladimir Putin, then go after Russian money and Russian oligarchs.

Browder, the British 54-year-old head of investment fund Hermitage Capital Management, leads a campaign to expose corruption and punish Russian officials he blames for the 2009 death of Sergei Magnitsky who he employed as a lawyer.

To American-born Browder, who made millions in Russian markets, the West is playing a poor game against Russia, which he casts as corrupt and ultimately weak by comparison.

“With an incredibly bad hand, Putin is bluffing the hell out of the West,” Browder told Reuters at his offices in London. “If this is a poker analogy: Putin has a pair of twos, we have a full house and we are folding our cards.”

The United States has a $20 trillion economy and the combined might of the G7 is nearly $40 trillion while Russia’s economy is worth about $1.7 trillion, smaller than Italy’s.

Browder is lobbying Western governments to adopt a so-called Magnitsky Act to impose sanctions on Russian officials for corruption and rights abuses.

Western leaders were surprised by Russia’s annexation of Crimea in 2014 and Moscow’s 2015 intervention in the Syrian civil war, and imposed sanctions on Russian officials and businessmen.

Since then, fears that Russia meddled in Western elections and the poisoning of a former Russian spy in England have prompted a debate in the West over how to deal with Putin, who has been Russia’s paramount leader since the end of 1999.

Russia says Crimea was historically Russian, that claims of meddling in Western elections are an attempt to stoke anti-Russian hysteria and that it had nothing to do with the attack on former agent Sergei Skripal and his daughter, Yulia.

Putin, a former KGB spy, has repeatedly said he wants peace with the West which he casts as the aggressor.

For Browder, the best way to counter Putin is to go after the hundreds of billions of dollars that hemorrhaged out of the former Soviet Union since its 1991 collapse.

The British capital earned a nickname of “Londongrad” because it became the destination of choice for rich and middle class Russians, though Prime Minister Theresa May has indicated Britain will go after “dirty” money.

“If you go after Putin’s money via the biggest oligarchs, as the U.S. has just started to do, that will stop him,” Browder said. “That is a checkmate situation.”

The U.S. Treasury in April imposed sanctions against billionaire Oleg Deripaska and the eight companies in which he is a large shareholder, including the world’s second largest aluminum producer, Rusal, in response to what it called “malign activities” by Russia.

Some Russian tycoons, especially those who made their fortunes before Putin’s rise to power in 1999, say they have little to do with the Kremlin and that U.S. sanctions help Putin by forcing Russian capital back to Moscow.

A Russian court sentenced Browder to nine years in prison in absentia in December after finding him guilty of deliberate bankruptcy and tax evasion.

Browder, who has repeatedly dismissed the allegations, was briefly arrested in Spain last month before being released.

“I am much happier fighting for justice than I ever was fighting for money,” Browder said. “It is just a much more meaningful and satisfying life.