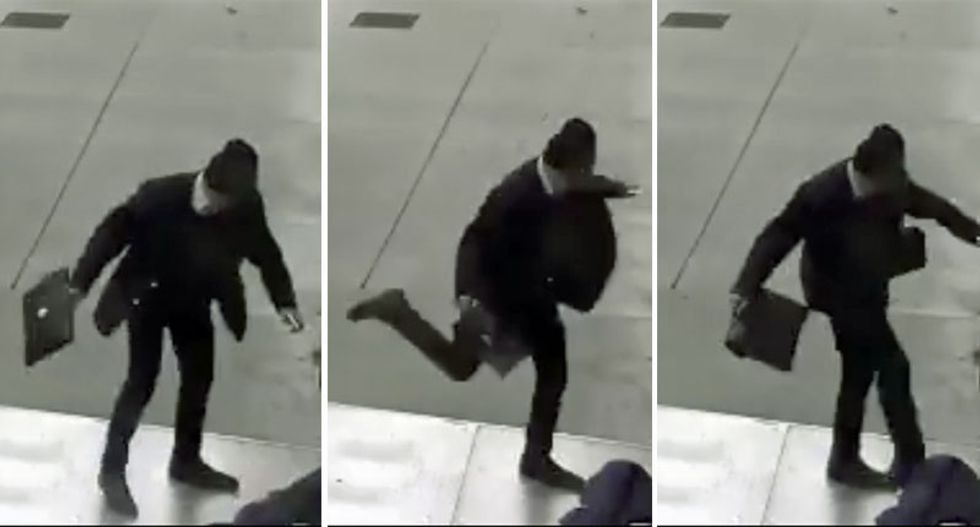 Man in suit and tie kicking a homeless person in broad daylight.

Police are searching for a suspect who was caught on camera kicking a homeless person.

The well-dressed man, who appears to be white, was wearing a suit and tie while carrying a briefcase at the time of the attack.

The video opens with the suspect walking south on Leavenworth Street in the city's Tenderloin neighborhood. He is later seen walking north, back up Leavenworth.

The video then shows him kicking a homeless person twice. After which he again changed direction, walking back down Leavenworth towards the Civic Center BART Station.

The suspect is wanted for aggravated assault.

Tenderloin Station is seeking your help to identify this aggravated assault suspect. Anyone who knows who this man… https://t.co/Dnf8WXlOd5
— SFPD Tenderloin (@SFPD Tenderloin) 1528397891.0