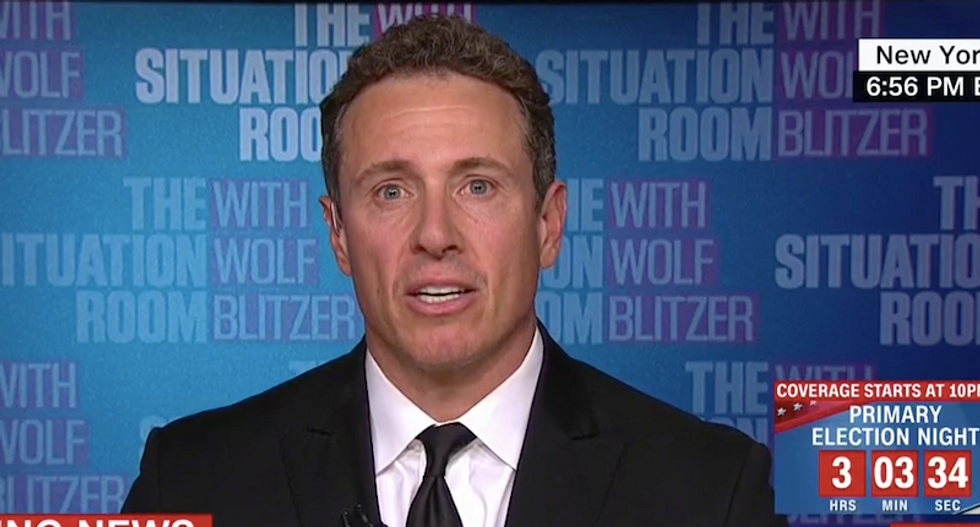 On Tuesday, CNN host Chris Cuomo appeared on Wolf Blitzer's Situation Room to discuss his hard-hitting interview with the President's lawyer Rudy Giuliani on Monday night, where Giuliani claimed that Donald Trump's lawyer Jay Sekulow had made an honest mistake.

"I swear to God, it was a mistake. The guy made a mistake. It was corrected," Giuliani claimed.

Cuomo didn't buy it and he doubled down on Blitzer's show.

"I mean come on! What is the chance of that?" Cuomo asks. "It strains credulity as we say when we're being polite."