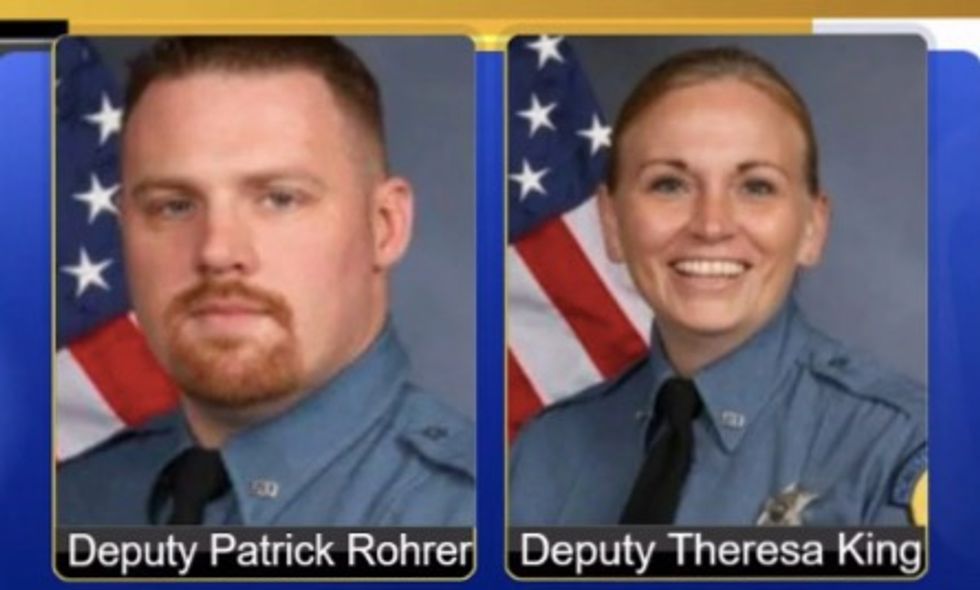 A second Kansas sheriff’s deputy died on Saturday after being shot during a fight with a prisoner who was being taken from jail to court for a hearing in Kansas City, police said.

Deputy Theresa King, 44, who was with Kansas City Kansas Police Department for 13 years, died a little after midnight local time at the University of Kansas Medical Center, the department said in a statement.

Another deputy, Patrick Rohrer, was also killed during the incident, officials said. Rohrer, 35, had been with the department for seven years.

The deputies were shot on Friday after a suspect overpowered at least one of them and perhaps took a weapon, said Major Kelli Bailiff of the Wyandotte Sheriff’s Department said during a press conference.

The suspect was also shot and was being treated at the same hospital. Police have not identified the suspect. Bailiff said she was not sure whether the suspect was shot by one of the deputies or someone else who responded to the incident.

Bailiff said the incident occurred in a “caged” area outside a courthouse and there was no danger to the community.

Kansas Governor Jeff Colyer released a statement Friday saying he was deeply saddened to learn of the shooting and that he and his wife, Ruth, would be praying for the deputies and their families.