Top Intel Dem offers up Mueller's 'secrets' at swanky dinner: 'Buckle up -- it's going to be a wild couple of months' 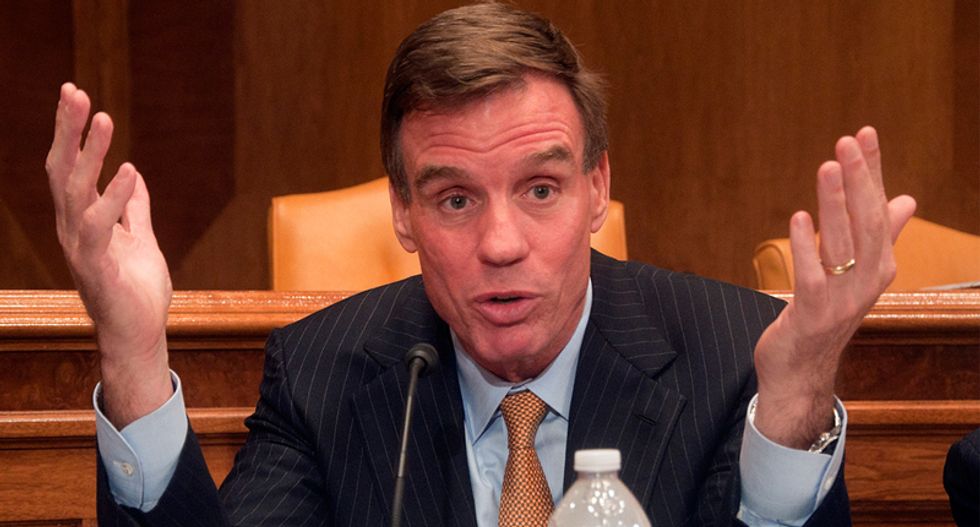 Sen. Mark Warner (D-VA), the ranking Democrat on the Senate Intelligence Committee, reportedly offered to spill secrets that were known only to himself and special counsel Robert Mueller's Russia investigation.

According to Politico Playbook, Warner made the remarks on Friday at an annual Democratic Party dinner hosted at Martha's Vineyard.

“If you get me one more glass of wine, I’ll tell you stuff only Bob Mueller and I know," he joked. "If you think you’ve seen wild stuff so far, buckle up. It’s going to be a wild couple of months.”

It wasn't immediately clear if Warner broke any news about the Russia investigation at the event.