This unhinged Florida questionnaire suggests the NRA's power is crumbling 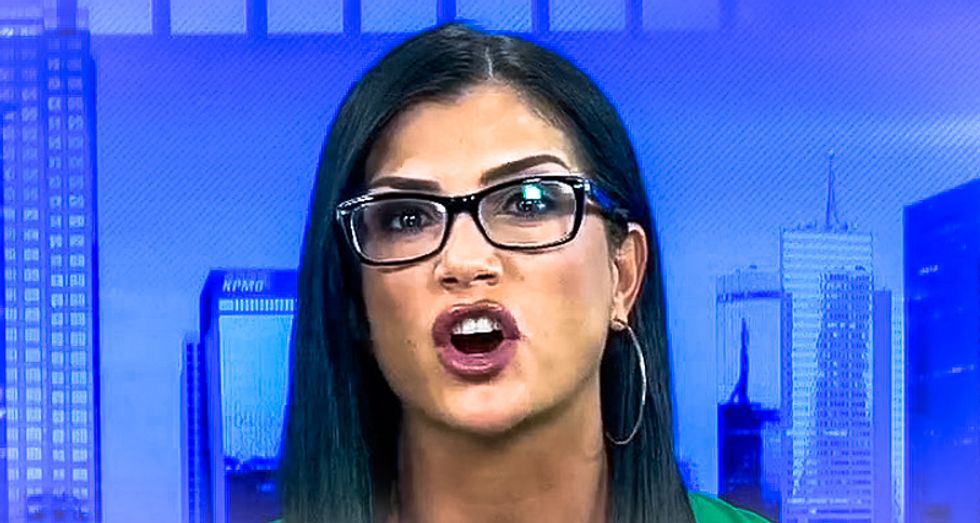 The National Rifle Association (NRA) in Florida, under the state leadership of long-time lobbyist Marion Hammer, has had a death grip on power in state politics for years, even decades. But after two of the most high-profile mass shootings in American history, the Orlando nightclub shooting two years ago this week and the Parkland high school shooting in February — which collectively led to the deaths of 66 people and injured another 70 — the political tide may be turning against America's biggest gun lobby.

In March the nearly unthinkable happened when Gov. Rick Scott, a Republican, signed a bill passed by the Republican-controlled Florida legislature that actually bucked the NRA by passing a modest set of restrictions on gun sales in the state, including raising the minimum age on gun purchases to 21, banning bump stocks, and creating a three-day waiting period for gun buyers.

Even this small show of defiance from state Republicans appears to have infuriated the local Hammer-controlled NRA, which sent out a questionnaire to 2018 candidates in Florida that had questions so aggressively worded that they went viral on Sunshine State social media and even got a comedy segment on "The Opposition w/ Jordan Klepper."

Two questions on the questionnaire strongly suggest that by supporting gun safety regulation, a candidate is opposed to God and religious freedom. One question notes that the "oath of office requires you to place a hand on the Bible and swear to support" the Constitution, which, the questionnaire clearly suggests, can only be supported correctly by adhering to the NRA's fundamentalist interpretation of the Second Amendment.

When the questionnaire asks whether a candidate will oppose a ban on guns in churches, the only two available answers are, "Yes. Churches have a right to make security decisions on their private property," and "No. Despite private property rights and constitutional rights, I believe the State should regulate churches."

Much of the questionnaire is focused on obtaining a promise to repeal the gun regulations signed into law by Scott in March, again with questions worded in such a way that the "correct" answer in the NRA's eyes is unmistakable. The question about the age limit on firearm purchases, for instance, notes that people over 18 "can vote, sign contracts, become law enforcement officers and join the military" but avoids mentioning that they cannot legally drink alcohol until age 21. The question about the waiting period openly denies "empirical evidence" that it protects public safety, an assertion that is flat-out untrue.

"I find nothing at all 'aggressive' about the framing of the questions," Hammer said when asked about the four-page questionnaire. "The fact that some legislators voted in a manner contrary to how they answered questions in previous questionnaires resulted in an effort to be more clear about the importance of being honest with their answers so their constituents are not deceived."

Hammer also indicated the she, personally, had "a significant influence in the preparation of the questions and the questionnaire."

“This is just an attempt to suss which candidate's as extreme" as the NRA's agenda is, Shannon Watts, the founder of Moms Demand Action for Gun Sense in America, told Salon. “The NRA clearly has a litmus test very much in keeping with its agenda, which is to make absolutely no attempts to pass stronger guns laws and, in fact, to make sure that lawmakers who are beholden to them align with their agenda of guns for anyone, anywhere, anytime, no questions asked.”

While the main purpose of this mailer appears to be to intimidate Republican politicians who have signed onto even modest gun reforms, Democratic candidates quickly repurposed it for themselves — to show how eager they are to tell the NRA off. State legislature candidate Anna Eskamani kicked off the trend by posting photos of the questionnaire on Twitter and writing, "Hard pass, and heading to the recycle bin."

Gubernatorial candidate Gwen Graham soon followed with a video of herself writing, "NO NRA MONEY" on the questionnaire. One of her primary opponents for the Democratic nomination, Philip Levine, posted a video of himself writing NRA-unfriendly answers on a whiteboard. Another state house nominee, Tracy Pratt, also posted a photo of the questionnaire and tweeted, "I will proudly NOT be seeking their support or endorsement! #neveragain."

"Since the Parkland shooting, everyone who is opposed to the NRA agenda feels comfortable coming out against it, and I think that shows that it’s not a third-rail issue anymore," Watts said. "Lawmakers are looking at the polls and they know they can get elected by opposing the NRA, not by being silenced or even pretending to tolerate their extremist agenda.”

The issue of NRA influence over politics only grew more pronounced over the weekend, after the Tampa Bay Times published an exposé about the way state agriculture commissioner Adam Putnam, a Republican candidate for governor, handled the concealed-carry background check system that his office controls.

For more than a year, the office simply "stopped using the results from an FBI crime database" to run background checks, the paper reported, because the "employee in charge of the background checks could not log into the system." In other words, "applications got approved without the required background check."

A story about incompetence, however, quickly became politicized. Putnam has bragged about being an "#NRASellout" on Twitter and has bragged about how he sped up concealed-carry permit approvals in his time as commissioner. Putnam has decried the employee who spent a year not running proper background checks, but it's still a bad look for someone to tout his speed in issuing licenses, in light of the fact that they weren't being processed correctly at all.

Over the weekend, the four Democrats running for governor issued statements denouncing Putnam and suggesting that this failure shows he is unqualified to be governor.

Because of the NRA and Hammer's leadership over the decades, Florida has become one of the easiest states for people to buy and wield firearms. Unsurprisingly, it ranks 18th among states in violent crime, and research links the loosening of gun laws in the state, especially the "stand your ground" law that broadly defines legal self-defense, to an escalation of murder.

But now the tide may be starting to turn in Florida against the NRA. Democrats are campaigning hard against lax gun laws, Republicans are getting wobbly in some cases and there's a level of passion among gun-control advocates that previously only existed on the pro-gun side. Under the circumstances, this NRA questionnaire seems like a panic reaction, an effort to double down from a group whose previously unquestioned power is starting to crumble.