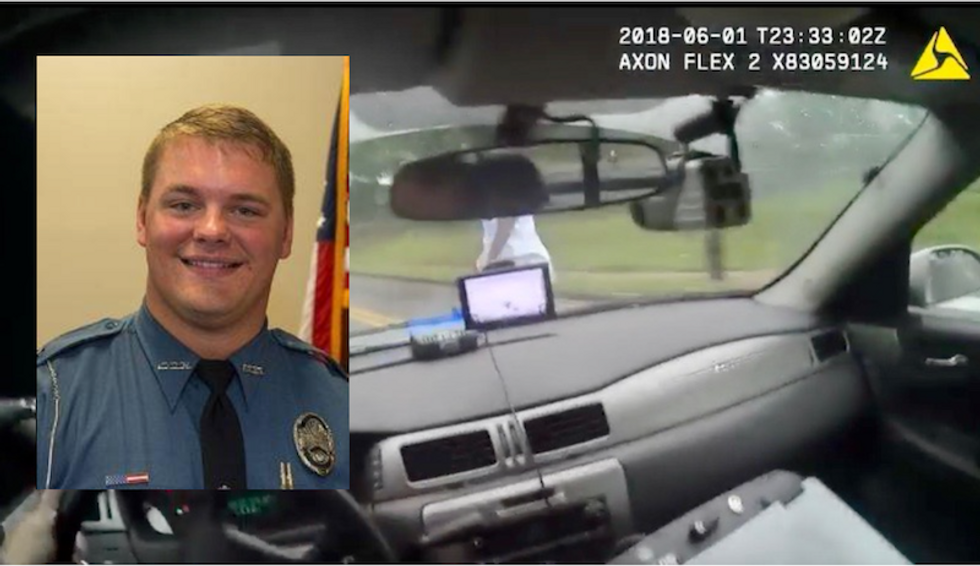 A police officer in Athens, Georgia, has been fired after video was released that showed him mowing down a running suspect with his car, the Athens Banner-Herald reports.

The officer, Taylor Saulters, graduated from the police academy less than a year ago. He is white and the man he hit is black.

The victim of Saulters' aggression was Timmy Shaymar Patmon, 23, who was run down from behind as he ran on Nellie B Avenue in the college town.

“After reviewing the officer’s body camera footage, and all other facts and circumstances of this case Chief Freeman terminated the employment of Officer Taylor Saulters,” police said in a press release.

Patmon was, thankfully, not seriously injured in the incident. He was taken to the hospital and released, then booked on charges of violating his parole.

You can watch a frightening video of the incident posted by the department on Facebook below.