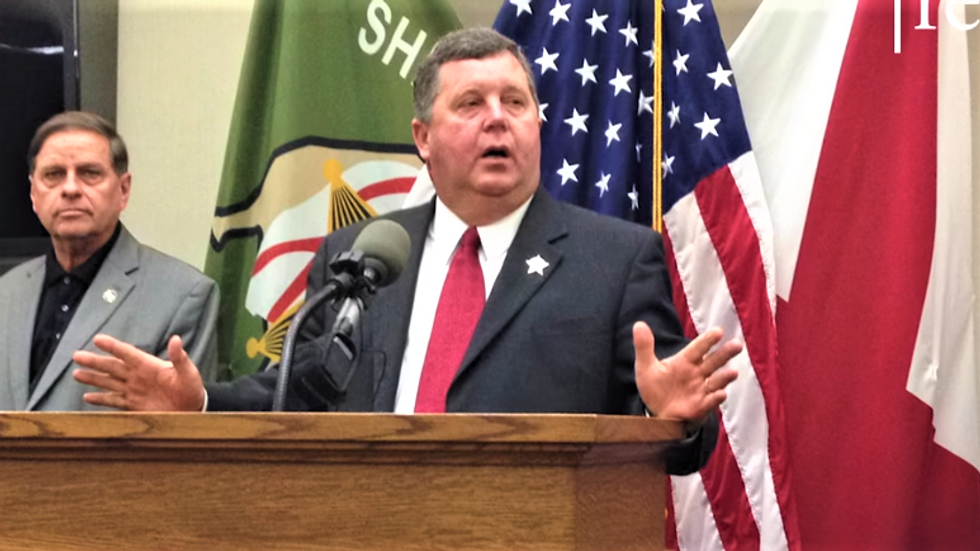 Etowah County Sheriff Todd Entrekin, who made headlines earlier this year when it was revealed that he pocketed $750,000 that was meant to fund prisoners' food provisions, is now being investigated for allegedly throwing drug-fueled parties where he would have sex with underage girls.

AL.com reports that 41-year-old Alabama resident Mary Elizabeth Cross is accusing Entrekin of hosting wild parties in the early '90s in which he wound up having sex with her four separate times when he was aged 29 and she was only 15 years old.

What's more, Cross tells AL.com that while "she did not attempt to refuse Entrekin's advances... she also personally watched him rape another underage girl who repeatedly said no."

According to Cross, Entrekin would regularly ply young women at his parties with "alcohol, cocaine and cash" before making sexual advances on them.

Entrekin denied the allegations and said that he had never met Cross before in his life.

"I've never had sex with any 15-year-old girl or had drugs around or anything," he said. "I have never done drugs in my life. That's the most absurd thing I've ever heard of. Never, ever has anything like that happened before."

The Oneonta Police Department is nonetheless investigating the allegations made against Entrekin.

Entrekin was defeated earlier this year in a Republican primary election after it was revealed that he took hundreds of thousands of dollars meant to feed inmates in prisons he oversees -- and then subsequently bought a $740,000 beach house in the city of Orange Beach, Alabama.