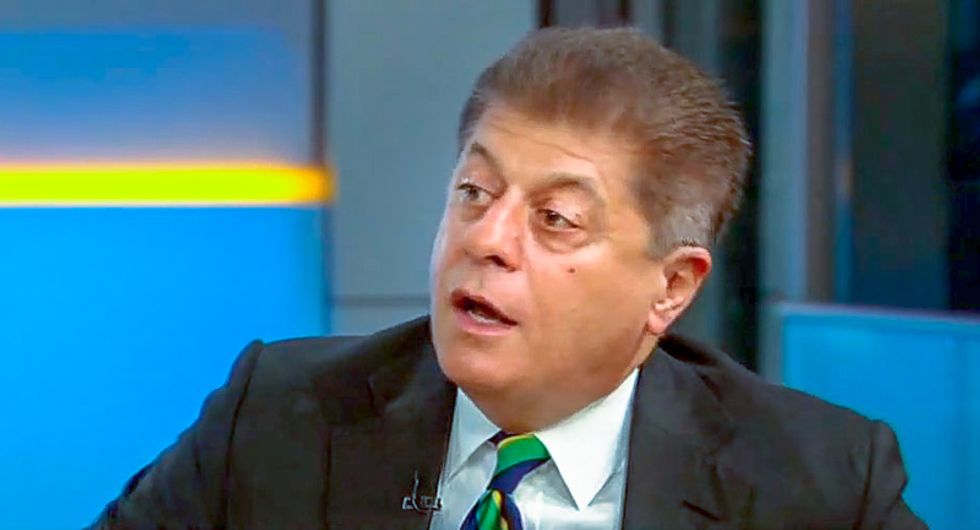 During an appearance on Fox & Friends, Napolitano argued that civil libertarians should be concerned about Kavanaugh.

"He is pro-police, which rankles civil libertarians," Napolitano said. "He's also -- well, an infant might have the right to an abortion, an infant immigrant might have the right to an abortion. He's, we can impeach the president if he lies to the public. He's, the president can do no wrong. These are not my words, these are words that he's said throughout his career."

"So one of the takes on him is he can be reckless with his words," the judicial analyst added. "I think he will be confirmed. But I think you are going to see some incoming fire from the right."

Napolitano accused Kavanaugh of having the "heart and soul" of a "big government guy."

Fox & Friends co-host Ainsley Earhardt wondered how Kavanaugh differed from a justice that Hillary Clinton would have picked as president.

"It would be a radical, radical difference," Napolitano agreed. "But it's funny you mention Hillary Clinton. Because she comes in with Brett Kavanaugh as well. You remember Vince Foster who killed himself in the White House."