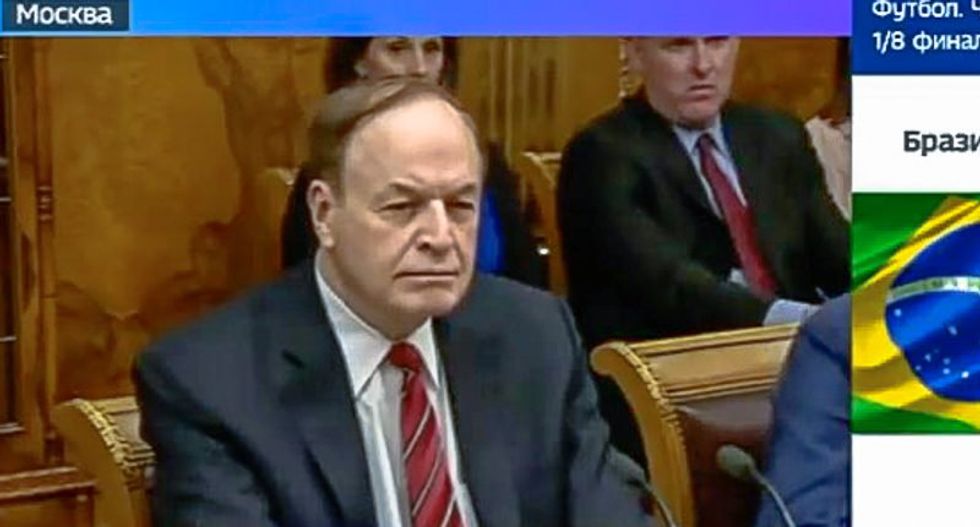 In a tweet on Tuesday, Russian media analyst Julia Davis first noted that Shelby appeared on VTGRK, a news station funded by the Russian government.

"GOP lawmakers requested that their meetings with members of the Russian government proceed in a closed format (no press allowed)," Davis wrote. "Here is @SenShelby chitchatting with [Vyacheslav Molotov's] grandson, Vyacheslav Nikonov."

GOP lawmakers requested that their meetings with members of the Russian government proceed in a closed format (no p… https://t.co/8zY5sJgKYi
— Julia Davis (@Julia Davis) 1530623225.0

@GeekTrader @SenShelby It is surreal. No reason to normalize our relations with Putin's Russia at this point in tim… https://t.co/dHqk1bA4c8
— Julia Davis (@Julia Davis) 1530624008.0

Shelby can be seen in a video clip from VTGRK below.