Tennessee Dem busts showboating GOP over Peter Strzok hearing: 'It's a trial for the people who watch Fox News' 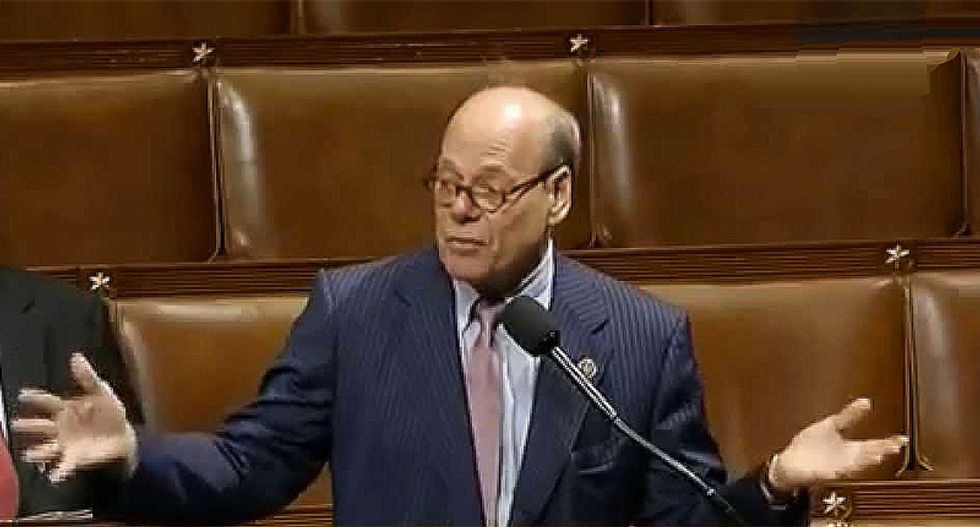 Rep. Steve Cohen (D-TN) captured the partisanship displayed in the Republican line of inquiry during the House hearing with FBI agent Peter Strozk.

He noted that someone earlier in the Strozk hearing said that the last thing the House should want is young people looking at the FBI and Justice Department and questioning their legitimacy.

"Well, I would summit for this committee that the people putting that on the front page -- the people that won't accept what investigators general said, that there was no bias involved in the action of you or others that were investigated," Cohen continued.

Reading the Inspector General's report, Cohen said, "There was no evidence of the conclusion of the prosecutors affected by bias or other consideration rather we determine it was based on the facts and laws and best department's practices."

"With that as a fact, there's no reason for this hearing," Cohen concluded. "But it puts it on the front page again and again. And as you said earlier, the Russians love it. Because this is what they want. This is what they want. You'd think this is Benghazi, it was a never-ending television show from Congress that got nowhere -- except tried to influence the people that watch Fox News. That's what this is about."

He thanked Strzok for essentially putting "lipstick on a pig" of a useless investigation that he called nothing more than a political game.

"This is nothing but a ruse that tried to get to the Mueller investigation and make people think it's baseless and biased. That it's 13 Democrats who are working on this and they are biased because, just as Jack Nicholson said in the movie "A Few Good Men' 'you can't handle the truth.' The truth is that this is the most corrupt administration ever and it is going to be exposed by Robert Mueller and thank god, I yield back."

Watch the full questioning below: