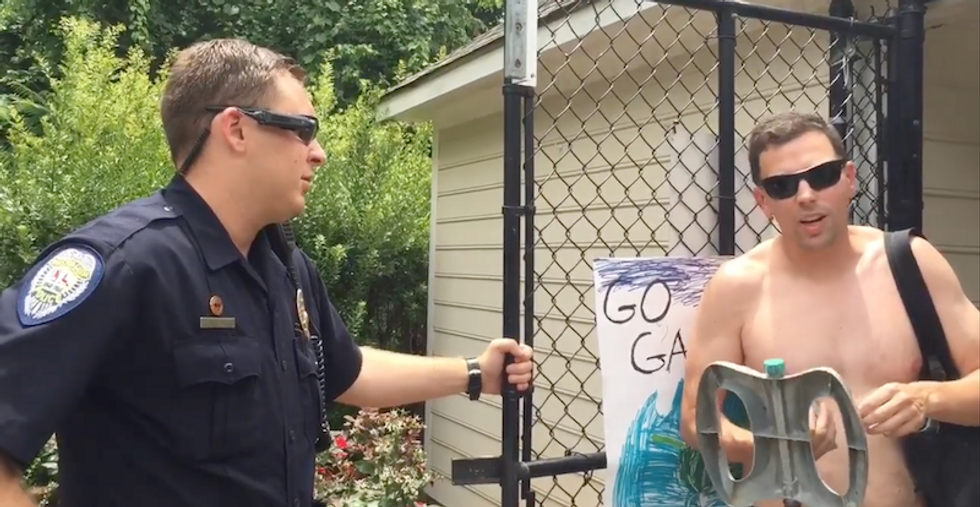 A white man was busted harassing a black family using their own community pool.

The man, who is identified only as "Adam" in the video, called the police on a black woman who gave him her address.

The incident happened on Wednesday and was captured on video.

The woman, Jasmine Edwards, is forced to show her ID card to the police when they show up.

The racist man demands that the officer actually swipe the keycard to prove that it works.

"They kinda make their way around sometime," he says, apparently referring to black people he believes wrongly use community pools.

Edwards repeatedly asks the man, Adam, to apologize and he refuses and then walks away.

This is a classic case of racial profiling in my half a million $$ neighborhood pool. This happened to me and my baby today. What a shame!!