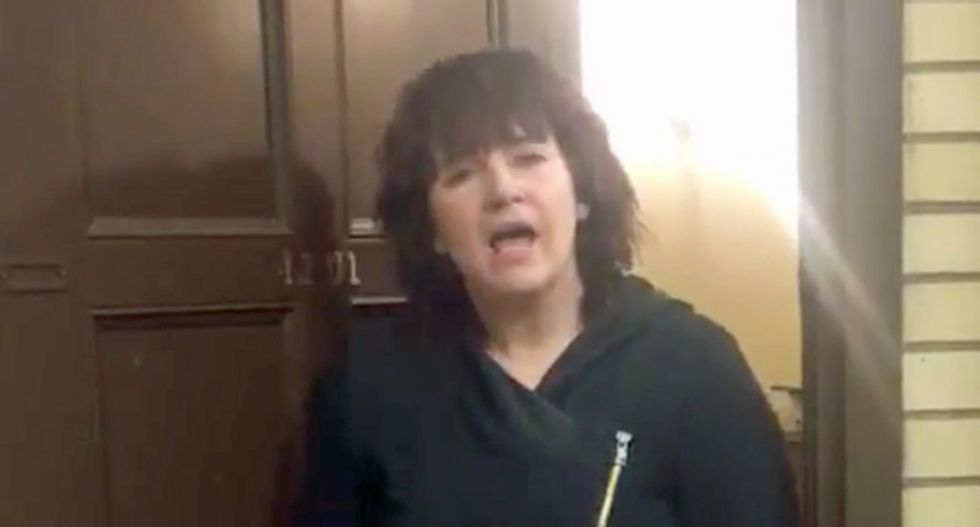 The white Yale graduate student who made national news for calling police over the presence of black people who turned out to be fellow students says her life has been ruined.

On Twitter, Braasch reportedly sought sympathy. The Twitter account has since been locked, but identifies her as a "philosophy PhD Candidate at Yale, a rocket scientist, a NYS attorney, & a human/civil rights activist." 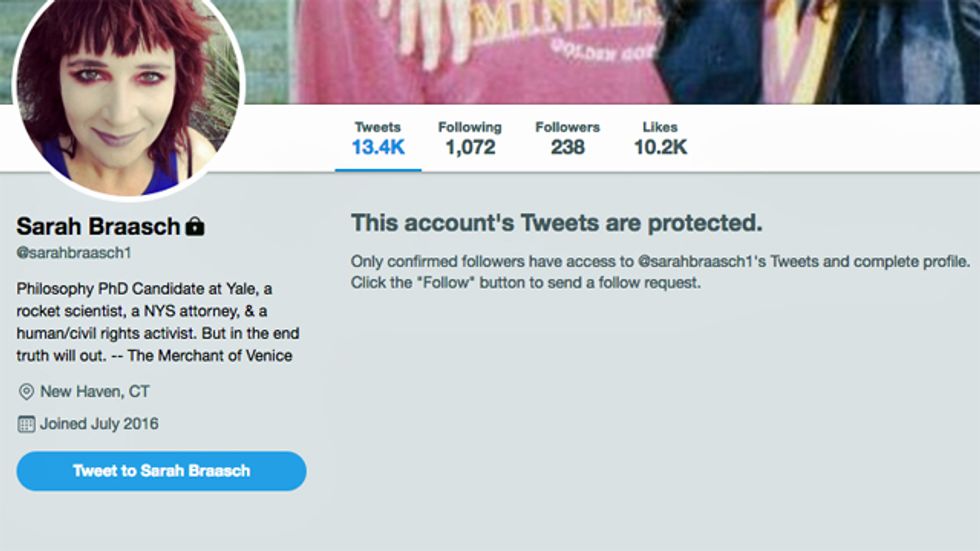 Many Twitter users captured screenshots of her reported defense and added their own thoughts, which the City Pages describing as "swift, near-universal condemnation."

Here is a selection of the backlash:

Sarah Braasch is leaning hard into her white womanhood: first acting as the aggressor, and then retreating into som… https://t.co/EXMv1DLtA8
— Zoé (@Zoé) 1532036290.0

@sarahbraasch1 So you're hiding behind mental illness to deflect the fact that you literally threatened a black wom… https://t.co/EE6OXhmkd8
— 🌵🏵️Miguelito🏵️🌵 (@🌵🏵️Miguelito🏵️🌵) 1532036952.0

@sarahbraasch1 your pain is not greater than the Black life you could have ended by calling the police. You should… https://t.co/qktfidWYuE
— SCZ (@SCZ) 1532085634.0